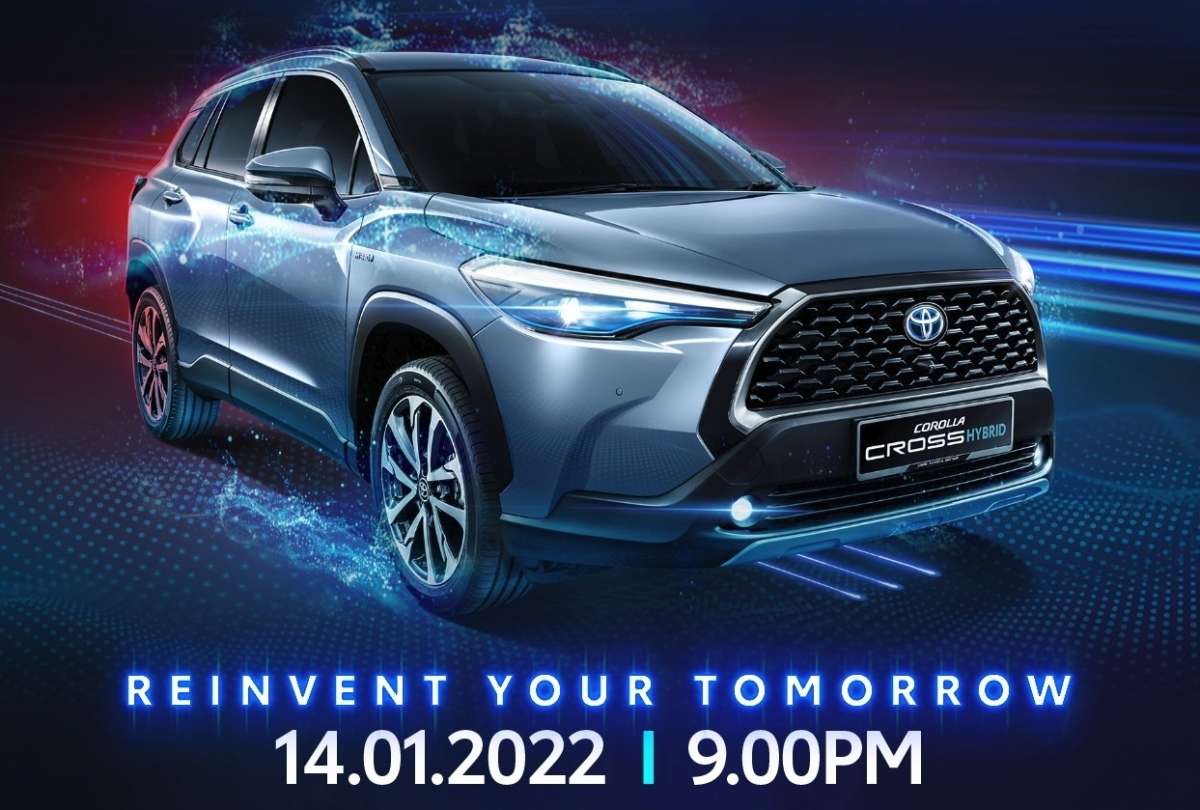 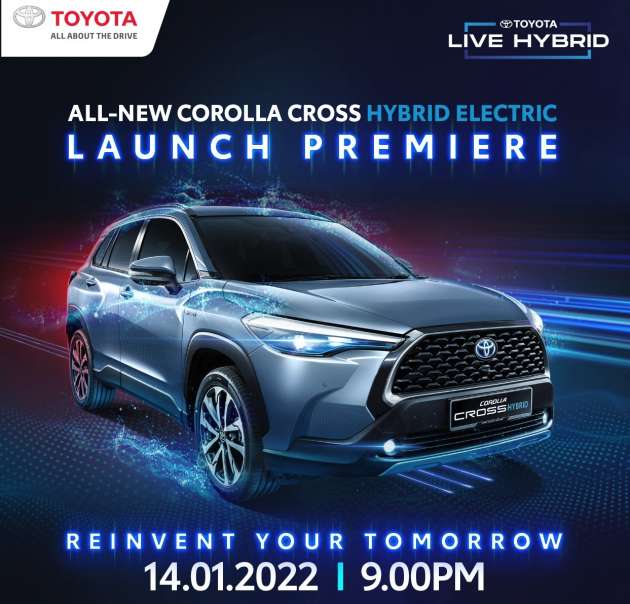 The day is finally here – UMW Toyota Motor (UMWT) will officially be launching the Corolla Cross Hybrid tonight. It will be a virtual event, so you’re invited to tune in to the livestream on Facebook, which is scheduled to kick off at 9 pm.

The electrified C-segment crossover will be locally assembled at the company’s Bukit Raja plant, making it the first TNGA-based model to be produced in the country. The estimated pricing for it is RM137k, which includes a five-year unlimited mileage warranty and an eight-year/unlimited mileage hybrid system warranty. The latter can be extended for an additional two years for a small fee of RM2,950.

Powering the car is the 2ZR-FXE 1.8 litre Atkinson-cycle four-cylinder petrol engine that provides 98 PS at 5,200 rpm and 142 Nm of torque at 3,600 rpm. Drive is sent to the front wheels via an e-CVT and the mill works together with an electric motor rated at 72 PS and 163 Nm, providing a total system output of 122 PS. UMWT quotes a fuel consumption of 23.3 km/l.

Design-wise, the new hybrid variant looks a lot like the 1.8 V, but with hybrid badging and blue-accented badges and trims. Inside, exclusive to the hybrid are the blue engine start button, EV drive mode, and a seven-inch hybrid-specific instrumentation (4.2 inches for petrol-only variants).

Tesla Is The New Luxury King Of America

This Is The Year You Finally Start Watching Formula E. Here’s Everything You Need To Know