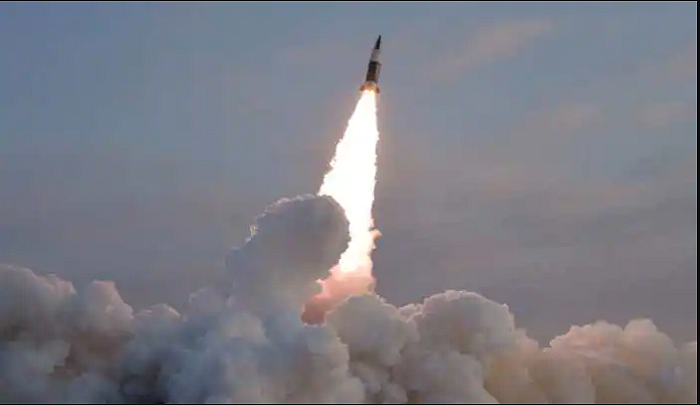 And now America (regarded by Iran as the Great Satan) has joined the UAE  to “counter the missile attack by Yemen’s Houthis on an air base near its capital Abu Dhabi.” About 2,000 American personnel are reportedly stationed on that airbase.

Despite the exchange of fire between the Iran-backed Houthi rebels and a Saudi-led coalition, there is another important factor: the jihad against Israel, regarded by Iran as the Little Satan. Iran is seething over the UAE (and growing Saudi) relations with Israel. In 2020, Iran threatened to attack the UAE over its normalization with Israel.  At the time, Iran’s then-President Hassan Rouhani called the UAE decision a “huge mistake” and blasted it as a “betrayal,” while Iran’s Supreme Leader, Ayatollah Khamenei, called the UAE’s decision a “great betrayal of the Palestinian people.”

Iran is the chief funder of the jihad against Israel, which is presented to the world as a “just cause” of “resistance” to an “occupation.” 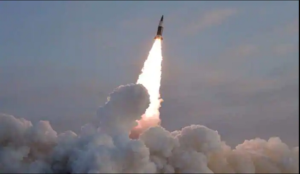 Defense officials said the missiles were fired by Iran-backed Houthi rebels in Yemen.

The attack on Abu Dhabi, after another last week killed three people and wounded six, further escalates tensions across the Persian Gulf as Yemen’s years-long civil war grinds on.

That war, pitting Iranian-backed Houthi rebels against a Saudi-led coalition, has become a regional conflict as negotiations continue over Tehran’s tattered nuclear deal with world powers. The collapse of the accord has sparked years of attacks across the region.

The Emirates “is ready to deal with any threats” and “takes all necessary measures to protect the state from all attacks,” WAM quoted the UAE Defense Ministry as saying.

Videos posted to social media showed the sky over the capital light up before dawn Monday, with points of light looking like interceptor missiles in the sky. The videos corresponded to known features of Abu Dhabi.

The missile fire disrupted traffic into Abu Dhabi International Airport, home to the long-haul carrier Etihad, for about an hour after the attack.

No one immediately claimed responsibility for the attack. However, the attack came a week after Yemen’s Houthi rebels claimed an attack on the Emirati capital that killed three people and wounded six others.

In recent days, a Saudi-led coalition that the UAE backs unleashed punishing airstrikes targeting Yemen, knocking the Arab world’s poorest country off the internet and killing over 80 people at a detention center.

The Houthis had threatened to take revenge against the Emirates and Saudi Arabia over those attacks. On Sunday, the Saudi-led coalition said a Houthi-launched ballistic missile landed in an industrial area in Jizan, Saudi Arabia, slightly wounding a foreigner.

A Houthi military spokesman did not immediately respond to questions from The Associated Press on Monday’s attack.

The newspaper in 2017 had faced a two-day publication ban after it ran a headline saying Dubai was the “next target” for the Houthis.