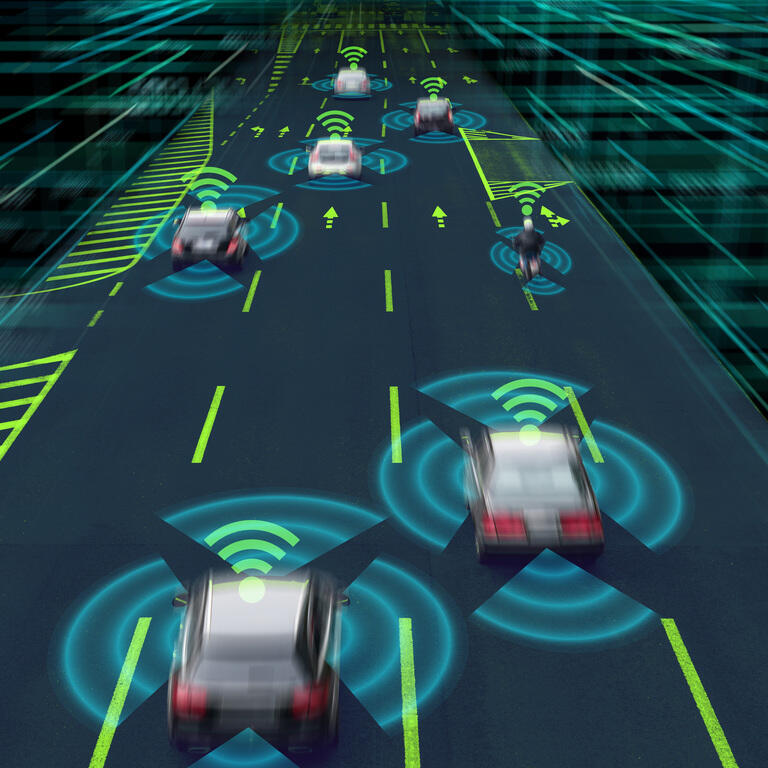 Arbe Robotics (NASDAQ:ARBE) designs and sells an award-winning advanced high-resolution 4D Imaging Radar system, called “Phoenix,” with unmatched safety features it is integrated into driver-assisted and autonomous EVs by OEM’s. Arbe has developed the radar and brought it to market; they have developed high-profile customers and a growing order book. Arbe recently completed a SPAC merger, which will allow them to make the most of their competitive advantage and deliver significant returns to early investors.

In 2022 we will see many cars on sale with partially automated drive assist technology. GM launched the first one more than four years ago (Cadillac GT6) and has said they will be offering more than 20 models this year. Both the legacy carmakers and the new EV upstarts will be integrating this tech into all of their new vehicles. Within the decade, this driver-assist will expand to fully autonomous vehicles. A vital element of this tech will be the sensors that will allow the car to “see” what is around it. Three technologies can do this: Cameras, Lidar, and Radar, all of which are likely to be a part of the array of sensors built into new vehicles.

In this article, I will look at the Arbe product and put it into context, discuss the current situation regarding sales, customers, and potential customers and then look at the Financial situation to derive a valuation and target price for this investment.

2022 will also see the arrival of imaging radar; these high-resolution sensors are being developed by several companies, including Magna, Continental, Arbe, Oculii, and Mobileye. It isn’t easy to choose which EV car manufacturers will be successful; however, their cars will have imaging radar on board. Buying the manufacturers of these sensors might be a higher probability trade than choosing an EV manufacturer.

At CES 2022, Arbe unveiled the next version of its award-winning Radar system. The 4D chipset is 100 times more accurate than any competitive product and will be an essential part of genuinely safe autonomous vehicles.

– Unlike Lidar and Cameras it is equally helpful in all weather conditions unaffected by the light; it works in total darkness, glaring sun, snow, and fog.

– It can see through cars and objects and image what is on the other side of them.

– It can detect stationary objects; this has been a significant issue with other Radar systems.

– It is ultra-high-resolution works in 4 dimensions: elevation (vertical angle), azimuth (horizontal angle), range (distance), and doppler (a measure of velocity)

– It is very low cost in comparison to all other sensing technologies.

Arbe is the first company to add Free Space Mapping and object tracking to its product. This has enabled the system to identify the drivable area around a vehicle and has eliminated false positive readings from phantom objects. Not only can the system see through the car in front, but it can measure and use velocity and turn rate to predict what a vehicle will encounter next.

Over the last few years, I have made several investments in the new electric car companies; apart from Tesla, the investments have not gone so well. I believe that most of these new companies are likely to fail; the established legacy carmakers have made it clear that they will fight tooth and nail to hold on to every percentage of market share they have.

A better way to invest in this market is to go to the second dimension, not to buy the carmakers but to buy the companies that make the technology that will make it all possible. This article will be the first in a series about smaller companies providing crucial tech to make autonomous and electric vehicles a safe inevitability.

Arbe Radar is a groundbreaking product in full production and selling well; in recent weeks, Arbe has announced several high-profile sales and partnerships that speak to the quality of the product.

China’s 4th largest car company announced that it would be installing Arbe’s radar on all of its mass production vehicles beginning in 2022. BAIC will be buying the system from HiRain, a tier 1 supplier in China and OEM customer of Arbe.

The leading Robotaxi firm in China and a first mover for Robotaxis in the US announced in 2021 that all of their cars would use Arbe Radar from 2022: AutoX is expected to purchase +400,000 units in the next three years to meet this statement.

The Korean giant, an early investor in Arbe, announced in the last quarter that they are conducting large-scale pre-production pilot testing using Arbe radar for level 2 and 3 driver-assist vehicles.

This $2 billion turnover company is a leading auto component manufacturer in the Chinese market. Weifu announced that it would be using Arbe’s chipset as part of its complete radar systems; this year, these systems will be in production, fulfilling significant orders from major automotive OEMs. In November, Weifu announced that it had begun shipping road pilot systems to customers.

This tier 1 French OEM with more than 5,000 employees has announced an order from one of the top 5 Auto manufacturers for Valeo radar systems using Arbe’s chipset. They will not divulge the company’s name until the vehicle is available for sale.

Although I have not managed to find any confirmation of orders, it was telling that the Gonen Barkan GM’s Radar Development Lead joined a panel to answer questions at Arbe’s first earnings call.

7. Other information provided by Arbe

The product is being evaluated by a further 20 OEM and car manufacturers.

At the latest earnings call, Arbe announced it had booked $1.7 million of sales in the first 9 months of 2021 and had a backlog of +2 million to be delivered shortly.

What About the Chip Shortage?

Arbe is buying its silicone from GlobalFoundaries, and GF has designated Arbe a strategic partner. GlobalFoundaries have taken ownership of managing the production line and are guaranteeing the product Arbe has promised to its customers. This relationship is another competitive advantage for Arbe and will ensure that orders will be delivered despite the chip shortage.

The latest set of published accounts in Sept 2021 showed that Arbe was in a negative equity situation with $7.8 million in assets and $47.9 million in liabilities. It had less than one year of cash runway and did not have sufficient finances to survive. Since then, Arbe has merged with the blank check company Industrial Tech Acquisitions. Although we have not had any audited accounts post-merger, Arbe received a net cash injection of around $110 million due to the merger.

With the merger now complete (October 2021), Arbe has sufficient finances to fund its growth plans.

We know the difficulty of preparing an accurate DCF for these new growing companies; however, it remains my preferred route to work out the share value. The values always hinge on Revenue and Costs; in my experience, Revenue is always lower than management predicts and arrives later than the forecast. Costs are generally higher than predicted and arrive earlier than forecast.

I have prepared a cash flow analysis based on the following assumptions.

1. Revenue and cost data used was the average of Management predictions in the latest investor presentation and the figures given by the four Wall Street analysts who cover Arbe:

2. The average Revenue was then

3. The average cost was then

Discounting these figures 6% to get the NPV and adding a terminal value using a growth rate of 5% gives:

If you do not make adjustments to the sales and cost data then Arbe becomes a potential multi-bagger. The graphic below shows a DCF valuation of $95.87 worked out by Simplywallstreet using the average of Wall Street analysts without any adjustment.

Conclusion: Arbe is a Great Investment

Arbe has developed the most advanced imaging radar system for motor vehicles. It is accurate, long-range, and reliable.

The share price of Arbe looks significantly undervalued and may represent an excellent way to play the upcoming move to electric and autonomous vehicles.