Backing The Truck Up On Public Storage (NYSE:PSA) 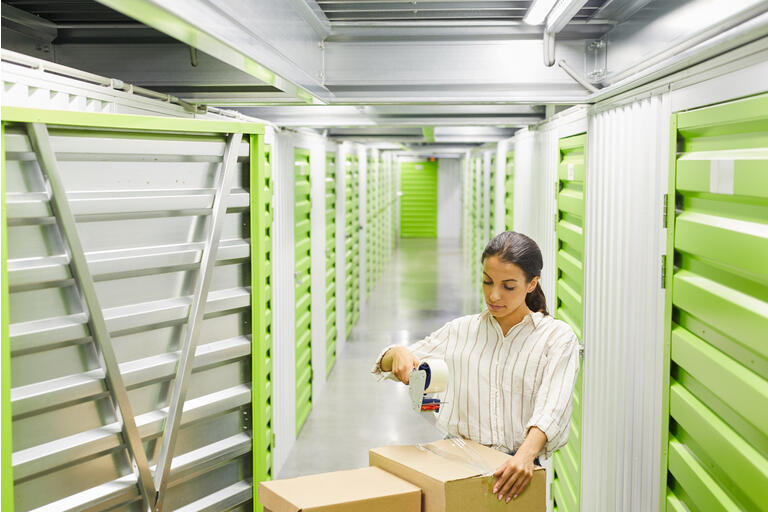 In our December 2020 article (link here) covering Public Storage (PSA), we laid out why we are huge fans of its dividend growth potential and why the high end of our fair value estimate range stood at $396 per share of Public Storage. The US self-storage industry is an incredibly attractive space to search for potential investment opportunities as self-storage real estate investment trusts (‘REIT’) such as Public Storage have ample pricing power, long growth runways, and are capable of generating sizable positive free cash flows (defined as net operating cash flows less capital expenditures) that fully cover their dividend obligations. Here, we will expand on why we are huge fans of Public Storage’s income growth upside and recent updates.

Several powerful forces provide self-storage facilities ample pricing power, which can be used to offset inflationary headwinds and potentially expand their margins over the long haul. Median home selling prices in the U.S. have been on a steady upward climb since the end of the Great Financial Crisis (‘GFC’) roughly a dozen years ago according to data cited by the Federal Reserve Bank of St. Louis from the U.S. Census Bureau and U.S. Department of Housing and Urban Development. Furthermore, US housing prices continued to surge during the coronavirus (‘COVID-19’) pandemic. The S&P CoreLogic Case-Shiller U.S. National Home Price NSA Index was up over 19% in October 2021 on an annual basis.

As housing prices in the U.S. go up, that puts a lot of downward pressure on the size of a home households can afford, making maximizing living space an increasingly important endeavor. Self-storage facilities offer households an economical way to maximize their living space without having to simply throw away their stuff. A growing percent of US households have been utilizing self-storage services over the past few decades, a trend that we expect will continue going forward. Public Storage cites data from the US Census and Self-Storage Almanac that indicates 3% of US households were utilizing self-storage facilities in 1987, a figure that rose to 9% by 2020. There is ample room for growth here, and this trend is what supports Public Storage’s ample pricing power.

That kind of pricing power is what enables Public Storage to aggressively grow its cash flows in an organic manner, and underpins why the REIT is constantly expanding its asset base. Over time, these pricing increases, when combined with controlled operating expense growth, can lead to significant free cash flow growth and ultimately impressive dividend growth. The highly fragmented nature of the US self-storage industry is another key benefit for the REIT. Public Storage can purchase smaller self-storage operations, upgrade those assets via modest capital expenditure budgets, and steadily push through meaningful pricing increases over the coming years and decades.

Public Storage forecasts that it will generate 13.1%-14.7% in annual same store net operating income growth in 2021, due primarily to strong expected performance during the latter part of the year. The REIT aims to grow its annual same store revenues by 9.5%-10.5% in 2021 while its annual expenses are expected to either stay flat or grow by 0.5% in 2021. We appreciate Public Storage’s operational leverage (revenue growth can lead to powerful margin expansion).

But why? Well, building new high-rise apartments in expensive metropolitan areas or new high-tech corporate office buildings are incredibly capital-intensive endeavors. Maintaining, expanding, and upgrading self-storage facilities on the other hand is a much cheaper endeavor, allowing large publicly traded REITs in this space to keep their capital expenditure budgets contained and free cash flows healthy. We lay out how the financial performance of publicly traded REITs operating in different parts of the real estate industry stack up against one another in the upcoming graphic down below.

Specifically for Public Storage, the company generated $1.8 billion in net operating cash flow during the first nine months of 2021 and spent $0.4 billion on its capital expenditures (‘capital expenditures to maintain real estate facilities’ and ‘development and expansion of real estate facilities’) during this period, allowing for ~$1.4 billion in free cash flow. Public Storage spent ~$1.2 billion covering its total dividend obligations during the first nine months of 2021 and fully covered those payouts with its free cash flows.

We caution that Public Storage exited the third quarter of 2021 with ~$4.8 billion in net debt (inclusive of short-term debt). In our view, the REIT appears to retain ample access to capital markets at attractive rates to refinance its maturing debt and to raise funds to cover its acquisitions as needed. Some of its recent financing activities include the issuance of relatively low-cost senior notes ($1.75 billion in aggregate principal) in November 2021 which the press release summed up as such:

Public Storage acquired All Storage for roughly $1.5 billion in December 2021, and proceeds from the recent senior note issuance were used to fund the deal. We like the acquisition because it strengthens Public Storage’s presence in Texas, a rapidly growing state (in terms of economic activity and population), by adding over 50 new self-storage facilities to its operations in the Dallas-Fort Worth region (along with some other self-storage facilities elsewhere).

Other recent capital market activities include the issuance of 4.100% Cumulative Preferred Share of Beneficial Interest Series S in January 2022 which was expected to raise $0.25 billion in gross proceeds. Public Storage can use its ability to tap capital markets at attractive rates to continue growing its business while making good on its dividend obligations.

We continue to view Public Storage as one of the best income growth opportunities out there. Rising interest rates are a concern, though we expect Public Storage is better positioned than most REITs when it comes to navigating those headwinds given its ample pricing power and ability to generate sizable positive free cash flows (and fully cover its dividend obligations with those free cash flows). Public Storage is a stellar enterprise with a long growth runway. Shares of PSA yield ~2.2% as of this writing.