If Ser’Darius Blain isn’t on your radar, he needs to be.

We’re huge fans of the FOX tv series “The Big Leap,” which stars Ser’Darius Blain as Reggie Sadler, the bad boy NFL star with a big heart so we were excited to see that Blain has a big supporting role in the film ‘American Underdog,’ alongside Zachary Levi and Anna Paquin, which tells the true story of Kurt Warner.

Our Sr. Content Director Janeé Bolden had the chance to chop it up with Blain over Zoom, and congratulated him on his current success.

“It’s been great,” Blain told BOSSIP of his role in ‘Amerian Underdog.’ “As actors, we kind of try to do anything. I’ll be in a play on the side of the road as long as I can get to tell somebody’s story, especially when it’s something that’s inspiring and uplifting like this.” 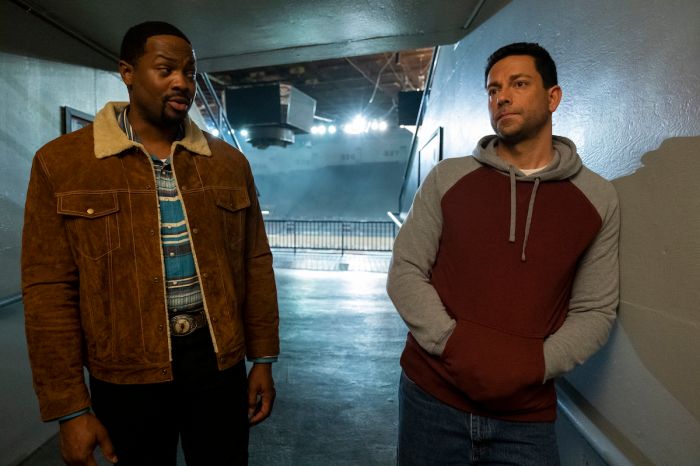 One of our favorite parts of ‘American Underdog,’ was when Blain’s character Mike Hudnutt teaches Kurt to learn to barn dance, which is ultimately how he meets his future wife Brenda. Despite Blain’s dance skills (if you’ve seen “The Big Leap” you know he’s got them) he told us barn dancing was a skill he acquired on the job.

“Yes, I had to learn,” Blain told Bossip before revealing the barn dance scenes were choreographed by Jamal Sims. “He did ‘Aladdin,’ he also did my first movie, which is ‘Footloose,’ about eleven years ago, so I had an opportunity to kind of reconnect with him. He taught us to barn dance. Actually, it was so fun. It’s a workout, too. Man, I had no idea how hard it’d be doing that in cowboy boots. I grew profound respect for women who wear heels as well. Yeah, it was fun. It was tough. It was really fun.”

Blain also talked to us about how Will Smith and Denzel Washington were his original inspirations to become an actor.

“I saw ‘Glory’ for the first time when I was, like, four years old, and I remember thinking, ‘oh, my God, I want to do that.’ I also watched ‘Six Degrees of Separation’ and ‘Hook ‘was the first movie I memorized word for word. I remember the feeling that I had when I saw ‘Hook,’ and there’s a scene where they’re sitting at dinner and they’re so poor that they have to imagine that they’re eating dinner. They use their imaginations. And I remember sitting there thinking, like, ‘Man, this would have been so fun to be in.’”

It’s actually ironic that Blain is taking on bold, confident roles like Reggie Sadler and Mike Hudnutt because he was extremely shy during childhood.

“I was so terribly shy that I don’t think my mom would have ever even believed that I would be doing what I’m doing now,” Blain tells BOSSIP. “Sometimes she sits on my couch and looks at me like, ‘I can’t believe you’re an actor.’ And I’m like, ‘Look, me either.’ But I remember the feeling that I had. It was so inspiring. It was so moving. It was motivating. I was like, Man, I want to make other people feel like how I feel right now. And that was kind of the spark.” 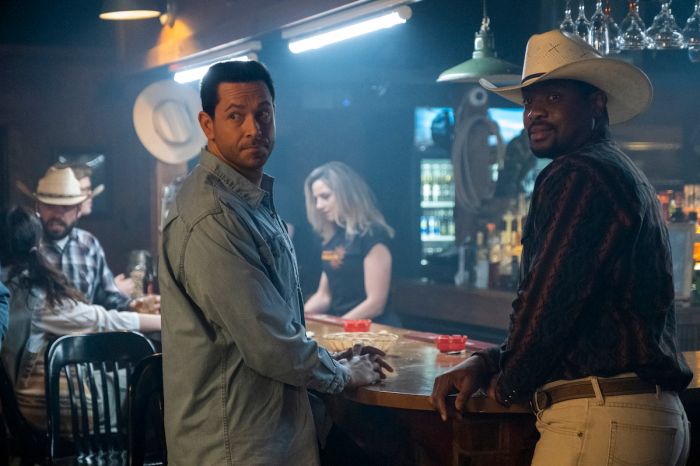 “I get to play a bad guy,” Blain told BOSSIP. “I’m an assassin. I got an opportunity to film that in Puerto Rico over the summer just before going to film “Big Leap.” And I’m on hold for a couple of projects, but we shall see can’t speak on it just yet. But fingers crossed. In the meantime, I’m spending time with my kid and my mom just beat cancer. So, we’re celebrating on a daily basis and just getting the opportunity to kind of write some of my own projects and be attached as a producer to those and stuff like that. That’s what’s next on the horizon for me.”

His future is definitely looking bright, with big plans to write and produce projects meant to inspire the same way he’s been inspired.

“I constantly try to write projects about the human condition, projects that represent real life people, blue collar people, people that inspired me growing up, who happen to have either extraordinary hearts or extraordinary gifts,” Blain told BOSSIP. ” That kind of coming-of-age indie drama is really where my heart is. I’d love to work with really great people like Regina King or Angela Bassett. I’m a fan of very strong women. I was raised by one, and I want to find ways to inspire people like that.”

As a producer, Blain tells us he is set on giving opportunities to those who don’t often get them.

“I know a lot of very talented people who, unfortunately, based on how they look or what their background is, they don’t get the opportunities that I think that they should,” Blain told BOSSIP. “I want to change that so I started a production company called One Blood Productions. It comes from a description in the Bible that says, all the nations were created with one blood. We’re essentially all the same inside. I want to do very inclusive casting. Rodgers and Hammerstein’s Cinderella years ago with Brandy and Whitney Houston really inspired me. I love that you have this family that looks like a bag of Skittles, and nobody’s questioning it at all. It’s truly just about their talent and the storytelling. And so, I love telling colorless stories and that’s kind of some of what I’m going to be playing with as well.”

We can’t wait to see what’s next! Check out the trailer for ‘American Underdog’ below, the film is in theatres now.

How To Build A Cost-Effective Warehouse