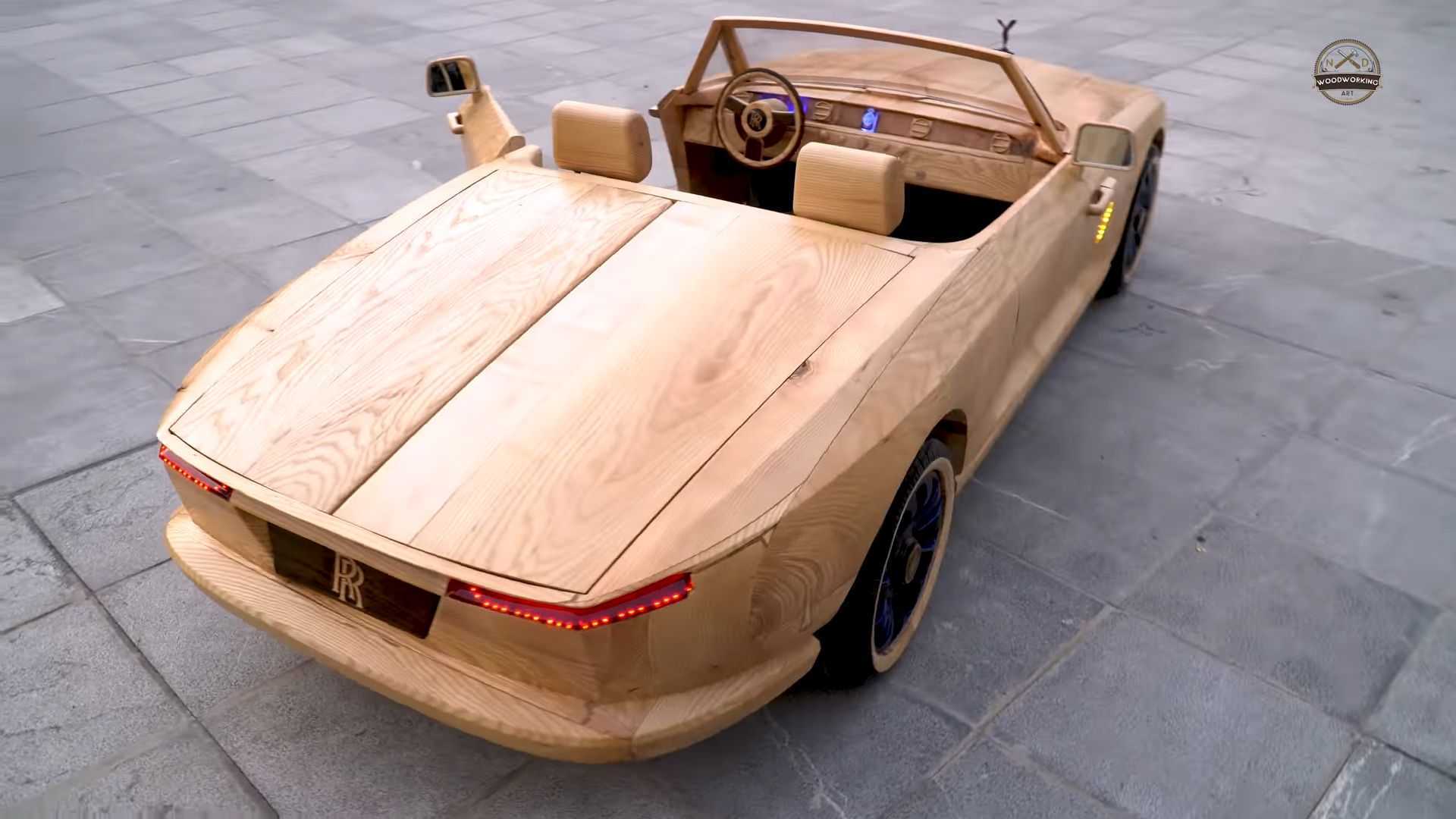 Last year, Rolls-Royce unveiled the most expensive new car ever made. Called the Boat Tail, the blue two-seat convertible featured all the luxurious amenities you’d expect from Rolls-Royce and then some, including a sizable “hospitality area” at the back with glasses and plates for a picnic. It was designed and built specifically for one customer, and its price was $28 million.

Now, there’s another Boat Tail in the world but it’s not blue. It also didn’t cost $28 million (at least we think it didn’t) but as far as we’re concerned, this two-seater is absolutely priceless. It’s another fantastic automotive creation from ND – Woodworking Art on YouTube and as you can clearly see from the video above, this isn’t a small model designed to sit on a shelf. This scaled-down take on the Rolls-Royce Boat Tail seats two people, and yes, you can drive it.

Per the video, the project took 68 days. As with previous videos from this amazing craftsman, it all starts with chunks of wood only this time, two axles and an electric motor are added early on. A simple chain drive from the motor turns the rear wheels, and there’s even a disc brake to slow it down. It has functional lights all around the exterior and interior, and passengers enter through proper reverse-opening “suicide” doors.

As always, the woodworking talent is properly jaw-dropping. Everything from table saws to chain saws, angle grinders, and even hand chisels are used in the construction of this Boat Tail. But perhaps the coolest feature is a power-opening rear deck to reveal a hospitality tray, just like the real Boat Tail has. There’s even a stand for an umbrella, and it opens via remote control. How cool is that?

Dad built this one-off Rolls-Royce replica for his son, and as cool as the car is, seeing them driving around and enjoying a picnic is easily the best part of this video. That absolutely makes this car far more valuable than anything to come from Goodwood.

International Airlines Modify Some U.S. Flights Due To 5G Rollout