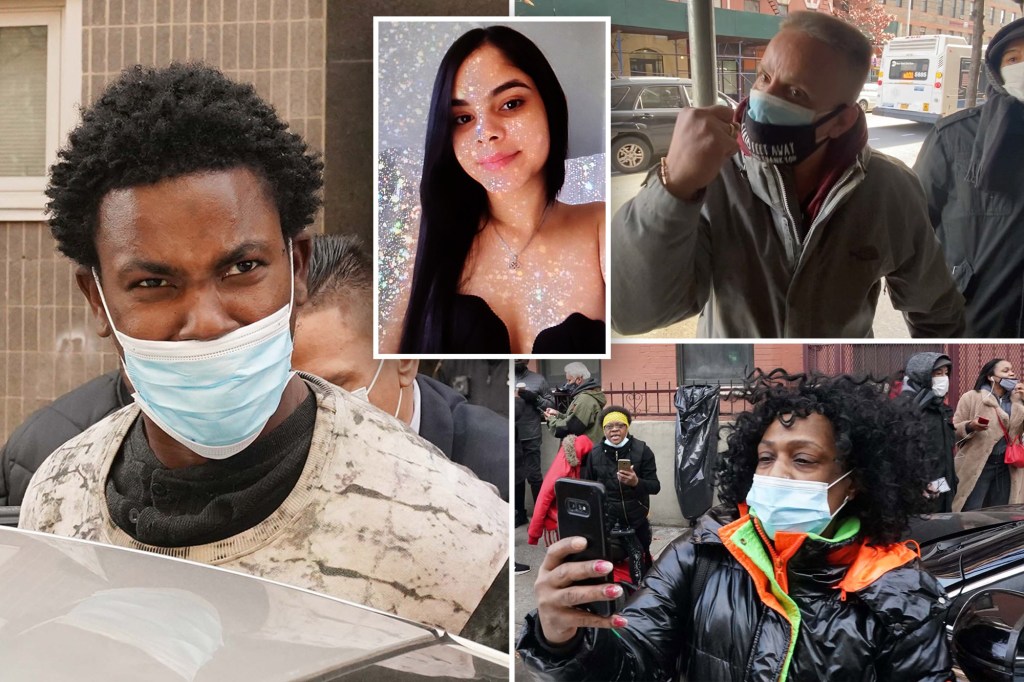 Residents of East Harlem shouted abuse Friday at the man suspected of gunning down a 19-year-old Burger King worker as he was led out of a neighborhood police station in handcuffs — and he responded by shouting about “slavery” and yelling “f— you all!”

“That’s good for your ass, you f—ing scumbag,” one civilian yelled at suspected gunman Winston Glynn, 30, as police hauled him out of the 25th precinct stationhouse on East 119th street.

“Basura!” another onlooker yelled at Glynn, using the Spanish word for garbage.

Before he was put into a waiting police car, Glynn, a Jamaican citizen, proclaimed his innocence — and bizarrely invoked a lack of reparations for slavery.

“F— you all!” he yelled, according to video taken at the scene by a Post photographer.

He also could be heard yelling “America’s gonna Burn!”

“Piece of s–t!” another added before an NYPD officer drove off with Glynn in the back.

Glynn was hit with first degree murder and robbery charges for allegedly gunning down Kristal Bayron-Nieves, who was shot dead at the fast-food joint at East 116th Street and Lexington Avenue, cops said

The teenager — who had started the job three weeks earlier — was taken to Metropolitan Hospital, where she was pronounced dead a short time later, cops said.

Glynn allegedly made off with $100 in the robbery.

BPD Community Alert: The Boston Police Department is Seeking the Public’s Help to Identify Suspect Wanted in Connection to a Hit and Run Involving a Pedestrian in Dorchester — bpdnews.com