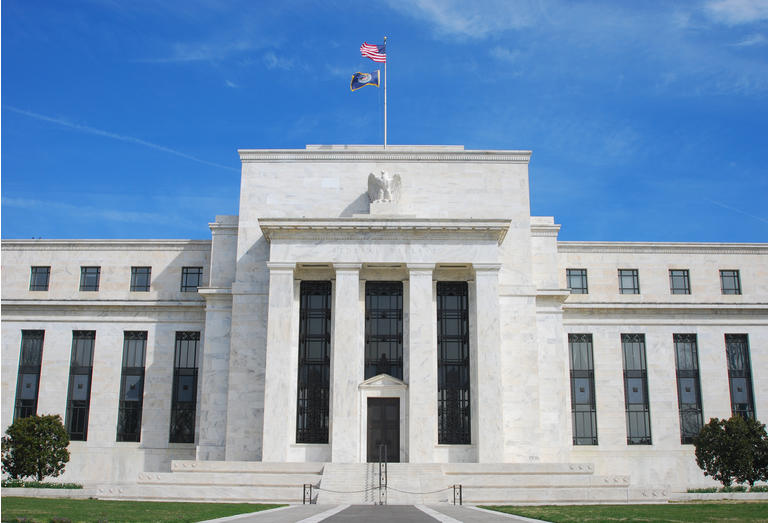 The Federal Reserve is tapering its purchases of securities bought outright to add to its portfolio.

So, the tapering process has actually begun.

The effective Federal Funds rate remained at 0.08 percent through January 12.

Note, however, that for the Federal Funds rate to remain at 0.08 percent, the Federal Reserve sold $66.4 billion more of securities in reverse repurchase agreements and the Federal government took out $55.0 billion from the commercial banking system and put it in its General Account at the Fed.

Combined, over $120.0 billion in reserves was removed from the commercial banking system in the last banking week and overall the reserve balances commercial banks held at Federal Reserve banks declined by almost $100.0 billion.

That is, the Federal Reserve has begun to taper its monthly purchases, but at the same time more than $100.0 billion of reserves was removed from the banking system and the effective Federal Funds rate remained at 0.08 percent for the week.

But, note, since the banking week ending September 1, 2021, the Fed has purchased, outright, almost $500.0 billion in securities.

During the same period of time, the Fed has seen its reverse repurchase agreements rise by about $490.0 billion.

In effect, what the Fed has added to its securities portfolio in outright purchases, it has sold a similar amount under agreements to repurchase the securities.

As the U.S. Treasury Department added over $210.0 billion to its deposits at the Federal Reserve over this time period, the Reserve Balances that commercial banks hold at Federal Reserve banks actually declined.

The actual amount that these Reserve Balances, a proxy for excess reserves in the banking system, approached $280.0 billion.

That is, the Fed, since September 1, 2021, oversaw excess reserves in the commercial banking system decline by about $280.0 billion.

This kept the effective Federal Funds rate in positive territory and at 0.08 percent.

But what does this mean in terms of what Fed officials are saying now about ending tapering and raising their policy rate of interest three or four times in 2022?

This right now is the dilemma that Federal Reserve officials are facing.

Federal Reserve officials are on record now for tapering to end by March 2022.

Federal Reserve officials are also on record saying that the Fed will raise its policy rate of interest three times in 2022, maybe even four times.

This week, Fed Chairman Jerome Powell, up for reappointment as Fed chairman, and Lael Brainard, nominated to become Fed vice-chair, testified in front of the U.S. Congress.

Both presented a strong argument that the Fed was going to combat inflation and this would be the main focus of Federal Reserve actions in the near future.

But that is as far as they went.

The financial markets have adjusted to the fact that the Fed is ending tapering and will soon begin to raise its policy rate of interest.

There is a broad movement in the financial markets to get yields up into more normal ranges.

I have suggested that we may see the yield on the 10-year note get up to around 2.50 percent by the end of the year.

I have also suggested that many of the negative interest rates we have seen around the world, like the yield on the 10-year German bund, would move into positive territory in the near future.

New information coming out and reported in the Financial Times backs up this assertion.

“The wind-down of pandemic-era monetary policy has pushed global levels of negative yielding debt down to $10.0 trillion for the first time since April 2020.”

“A sell-off in Treasury debt issued by the U.S. government, which began in December, has played a large role in the dwindling global price of negative debt.”

“Negative yield debt now makes up about 18 percent of the Bloomberg Global Aggregate bond index, compared with 30 percent a year ago.”

So, how is the Fed going to handle this situation in terms of propping up its policy rate of interest?

Is the Fed going to have to begin selling securities, outright, and get them off their balance sheet? And, what about the $1.862 trillion in reverse repurchase agreements that the Fed now has on its balance sheet?

Just how is the Fed going to fight inflation?

What Will The Fed Do?

The Fed has not stepped up yet to define what it will be doing in the near future.

One problem, I believe, that they face is about their usage of reverse repos to keep the Fed’s policy rate of interest in positive territory.

Fed officials have not talked about this at all even though these balances have moved over $1.8 trillion.

All we heard about was the $120.0 billion in securities the Fed was purchasing outright every month.

But Fed tapering actually began in the Summer of 2021 if you “net out” the use of reverse repos against the outright purchases.

So how do me move into the future?

How do we gain more transparency from Federal Reserve officials?

We are certainly moving into new territory.

And, Federal Reserve officials have a lot of work to do.

Did the three people President Biden just appoint to join the Fed’s Board of Governors know what they were getting into?

Has Zillow’s Stock Price Hit A Floor Or Will Trends Continue? (NASDAQ:Z)

Florida golf club collector has 5,000. Now he wants to sell them.