‘Guru’ turns 15: When Abhishek Bachchan proposed to Aishwarya Rai on the sets of film 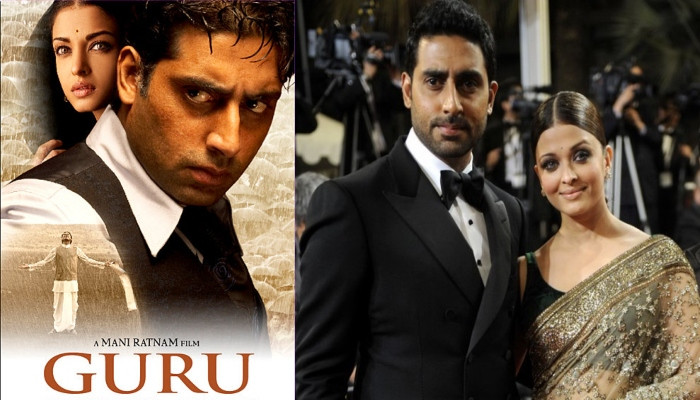 Taking to his Instagram handle, the Dhoom star marked the success of the film by sharing one of its iconic dialogues. He posted a clip from the film, where his character talks about how when people start talking about you, it means you are becoming successful. “15 years! Time flies,” he wrote in the caption of the post.

The 2007 release Guru was the film that kindled the love between Abhishek and Aishwarya. He had proposed to his now-wife on the sets of film, using a prop ring.

In an earlier interview, the Bob Biswas star mentioned that when he was shooting in New York, he used to stand on the balcony of his hotel room and wish that one day, it would be nice if he and Aishwarya were married.

A few years later, the couple incidentally was at the same hotel for the premiere of Guru. And taking it as a sign from the universe, Abhishek took Aishwarya to the same balcony and asked her to marry him.

He also revealed that the ring he gave to her was a prop from the sets of the film. He used the same ring with which he had proposed to Aishwarya in Guru. He had in fact asked the makers if he could keep the ring, for emotional reasons.

Aishwarya and Abhishek tied the knot on April 20, 2007 and welcomed their daughter, Aaradhya Bachchan in 2011.

What is an online vape shop? – News Blog

How to Clear Search History on Instagram (Desktop & Mobile)