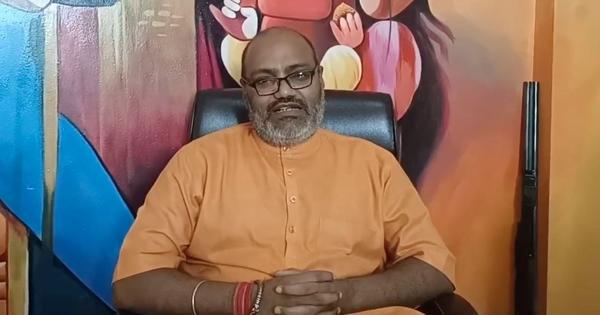 Petitioners seeking criminal action in the Haridwar hate speech case have written to the administration of Uttar Pradesh’s Aligarh, urging the officials to take preventive action against a similar event scheduled to held in the district next week, PTI reported on Friday.

At a religious conclave called “dharam sansad”, held in Haridwar between December 17 and December 19, Hindutva supremacists had called upon Hindus to buy weapons to commit genocide against Muslims.

At a hearing of a plea on the matter, the Supreme Court had on Wednesday issued a notice to the Uttarakhand government seeking its response within 10 days.

Senior Advocate Kapil Sibal, appearing for the petitioners, had told the court that more such religious conclaves were being organised in other parts of the country, including one at Aligarh in Uttar Pradesh on January 23. He had expressed fears that such events would “vitiate the country’s atmosphere” and were a “clear incitement to violence”.

Chief Justice of India NV Ramana had then allowed the petitioners to make representations to the local authorities regarding such events.

In a letter to the Aligarh district magistrate, the petitioners have urged the official to not allow events where hateful speeches could be made.

Last month, a group of seers had announced that a “dharam sansad” will be held in Aligarh on January 22 and 23 and another one in Haryana’s Kurukshetra on February 12, Dainik Jagran reported.

Meanwhile, on Thursday Yati Narsinghanand Saraswati, one of the accused persons in the Haridwar hate speech cases, told reporters that the “dharam sansad” events would continue to be held.

His comments came soon after the Uttarakhand Police on Thursday arrested Jitendra Tyagi, one of the accused persons in the Haridwar hate speech case. Tyagi had recently converted to Hinduism and changed his name from Wasim Rizvi. He is the first person to be arrested in the case.

Two first information reports have been filed in the case so far.

The first FIR was filed on December 23 and had just named Tyagi. On December 26, the Uttarakhand Police had added to the FIR, the names of Annapurna, also known as Pooja Shakun Pandey, and Dharamdas. Annapurna is the general secretary of Hindutva organisation Hindu Mahasabha. On January 1, the names of Yati Narsinghanand and Sagar Sindhu were added in the FIR.

On January 2, the second FIR was filed against 10 persons, including Yati Narsinghanand and Sindhu. The other accused persons named in the FIR are event organisers Dharamdas, Parmananda, Annapurna, Anand Swaroop, Ashwini Upadhyay, Suresh Chahwan and Prabodhanand Giri and Tyagi.