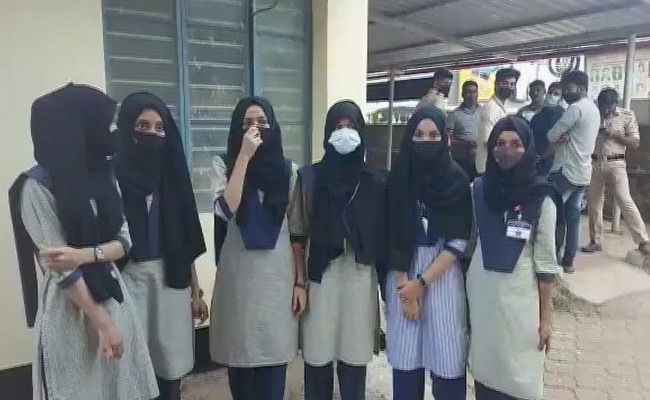 Six students and one staff member have tested positive for covid-19 in the college.

Amid a hotly-debated controversy on fundamental rights following protests by a handful of Muslim students in a Karnataka government college on their right to attend classes wearing a hijab, the institute has been shut for five days as several students and a staff member tested positive for Covid.

Six students and one staff member have tested positive for covid-19 at the Government Girls Pre University college in Karnataka’s Udupi.

Confirming the news to NDTV, the District Health Officer (DHO) of Udupi said, “Nearly seven people have tested positive for Coronavirus. As a precautionary measure, the college has declared holidays for students for five days. No severe cases have been reported and all are in isolation”.

The college will resume on January 26.

The institution has been embroiled in a controversy for the past three weeks after eight students demanded that they be allowed to wear a hijab and attend classes. A committee headed by a BJP MLA has objected to hijab being worn inside classrooms.

“All students are following the dress code mandate. Only these students are demanding that they be allowed to wear hijab. That disturbs the discipline,” said Maruthi Malge, Deputy Director of Pre University, Udupi

The issue escalated after state Education Minister BC Nagesh said that wearing a hijab while the class was on is indiscipline. The students were seen protesting with placards demanding their right to wear a hijab while attending classes.

“The College Betterment Committee headed by Mr Raghupati Bhat, BJP MLA, had chaired a meeting with the college administration and DDPU. Not only did the MLA object to it, but the principal was of the same opinion. The betterment committee decided to avoid other issues to maintain discipline, all should follow the uniform code” said Mr Malge.