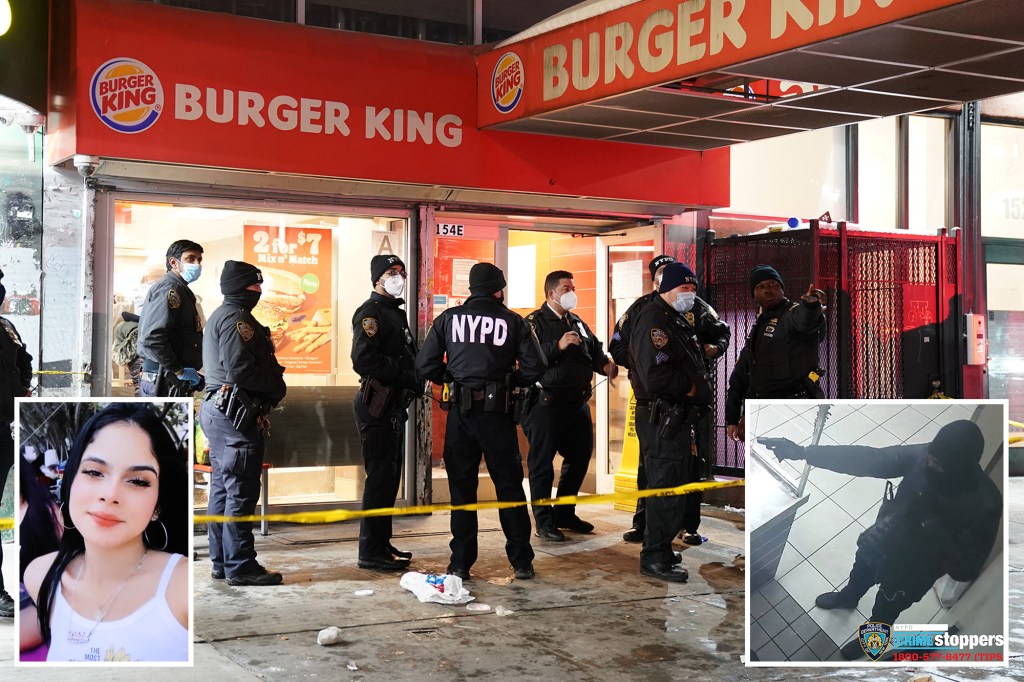 A 25-year-old man is being questioned in connection to the cold-blooded slaying of a young woman working at an East Harlem Burger King, cops said early Friday.

The man — who police sources say is a person of interest – was being interviewed at the 25th Precinct Friday morning, days after 19-year-old Kristal Bayron-Nieves was shot dead at the fast-food joint at East 116th Street and Lexington Avenue.

He was identified through a review of surveillance video and multiple witness interviews – and picked up Thursday by cops who were sitting on an address, police sources said.

His social media posts also showed him wearing the same clothes he wore the day of the deadly shooting, the sources said.

The incident unfolded around 1 a.m. Sunday, when an armed robber walked in and pistol-whipped a male customer before punching a female manager in the face, cops said.

“Give me the cash!” he demanded, while pointing a gun at Bayron-Nieves, according to a police source.

“She was having trouble opening the drawer,” the source said.

When she got it open, Bayron-Nieves handed the robber the cash.

The teenager – who had started the job three weeks earlier – was taken to Metropolitan Hospital, where she was pronounced dead a short time later, cops said.

The killer got away with just $100, the victim’s family said.

The NYPD announced earlier this week that it is offering a $10,000 reward for any information that leads to the arrest and indictment of Bayron-Nieves’ killer.

Billionaire supermarket mogul John Catsimatidis is offering his own reward of $10,000.

Three Things the World Should Know About Putin