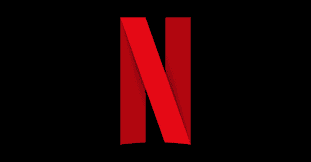 Netflix had its quarterly earnings on Thursday, and it was not good. But aside from the numbers that Netflix announced, what was more important was the competition. For the first time ever, Netflix admitted that the streaming competition is hampering its growth. And that is likely to continue as more competition hits the market.

Netflix normally dismisses any competition as a blip on the radar. As Netflix has so much content that is available for its users to watch. But that’s different this time around. Netflix does also like to mention that it is only about 10% of US television screen time, leaving a lot of room to grow and a lot of room for competitors.

Remember, Netflix does compete against a lot of things. It even mentions that it competes against Sleep. So it’s not just HBO MAX, Hulu, and other streaming services.

Last week, Netflix announced it was raising prices (again) in the US and Canada. Bringing the Standard plan to $15.50, and the Premium plan to $20. Which makes it more expensive than every other streaming service. Even HBO MAX, which is $14.99 without ads (there’s an ad-supported tier for $9.99).

That’s going to make it tougher for Netflix to grow and gain more subscribers. Thus, in its guidance on the earnings call on Thursday, Netflix mentioned it expects to add 2.5 million subscribers for the first quarter of 2022. That’s lower than the 3.98 million it added in Q1 2021. But it’s also far lower than the 6.93 million that analysts were expecting. Which led the stock to sell off over 20% in after-hours trading. Basically wiping out its gains for the past four years.

This is likely going to be the same case for other streaming companies like Disney. While they all experienced exponential growth in 2020 and 2021 due to so many of us being stuck at home, now people are out, and back at work. And not needing to have these streaming subscriptions anymore.

But I wouldn’t be surprised to see Netflix see even fewer adds in the first quarter of 2021, especially with these price increases. Churn is likely to be much larger than usual.

How Microsoft Cloud for Sustainability will help the Las Vegas Raiders

What’s the best solution to the Terra UST and LUNA crisis?