Novak Djokovic’s visa has been cancelled again. Here’s what happens next 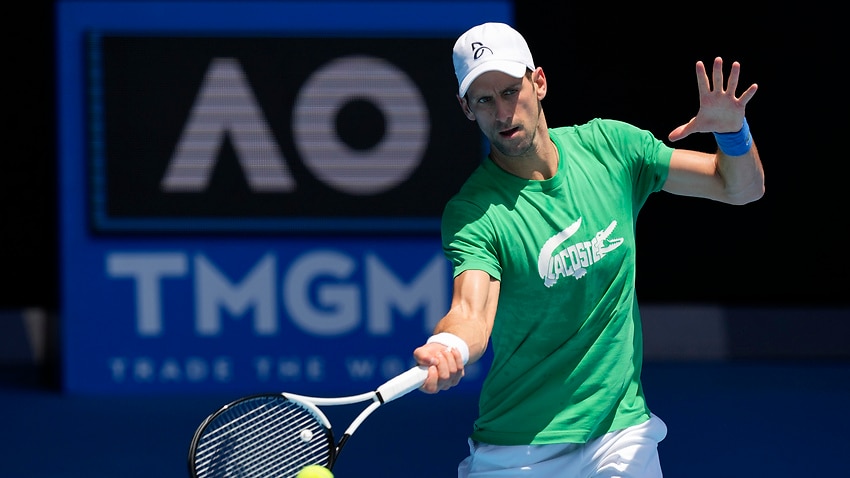 Djokovic lawyer Paul Holdensen requested a full court of three judges, rather than a single judge, hear the appeal on Sunday.

Government lawyer Stephen Lloyd said the government was opposed to a full court referral. He also requested a live transcript of Sunday’s hearing.

If it goes straight to the three judges, the decision cannot be later appealed to the full bench.

A decision on how many judges are present on Sunday is expected later on Saturday.

As part of a court order made by Federal Circuit Court Judge Anthony Kelly on Friday night, Djokovic attended a meeting with immigration officials on Saturday morning.

He was expected to return to immigration detention later in the day.

Despite the visa cancellation, the tennis star was spared detention on Friday night.

He could on Saturday be taken to the Park Hotel in Carlton, the immigration facility he was held at last week, where dozens of asylum seekers remain.

Some of the men at the facility have been in Australia’s immigration system for nearly a decade and have not been allowed to leave detention centres during legal battles.

A fire has broken out at the facility in recent weeks and detainees have reported being given meals with maggots and mould to eat.  It’s also been the site of a COVID-19 outbreak, where half of the detainees and around 20 staff became infected.

The unvaccinated Djokovic arrived in the country last Thursday for the Australian Open, when he was detained by border officials and his visa cancelled.

Australia’s pandemic response has included an insistence a visa holder must be double-vaccinated or show acceptable proof they cannot be vaccinated to enter quarantine-free.

While that decision was later overturned by a federal court on fairness grounds, Djokovic was faced with uncertainty over his future in the Australian Open with the possibility of a second visa cancellation from the immigration minister.

Djokovic lawyer Nick Wood said on Friday Mr Hawke had cancelled his client’s visa on the grounds that allowing him to stay in Australia would excite “anti-vax sentiment”.

The Australian Open begins on Monday, with the men’s world No.1 looking to secure his 10th title at the event.

Djokovic was named in the draw on Thursday, where he is slated to face Serbian compatriot Miomir Kecmanovic.

Djokovic was filmed playing tennis in Serbia on Christmas Day and was later seen training in Spain on 31 December, both in the two-week window.

However, Djokovic has denied he was trying to mislead the government on the form, stating an agent had made an “administrative mistake” while filling out the form.

In a statement posted to social media, the Serbian also admitted to attending a media interview in Belgrade when he knew he had COVID-19.