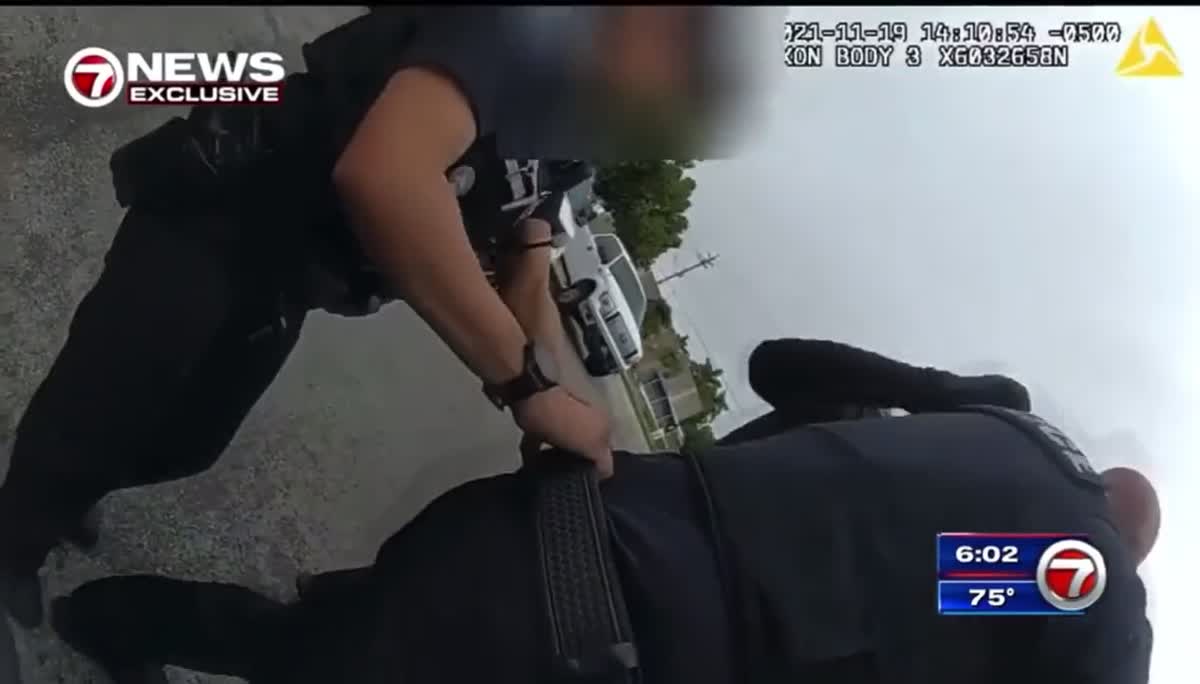 Sunrise, FL police officials released this body camera video after a tip led a local news channel to ask about a Nov. 19 incident. The department turned off the sound and obscured almost all of the faces, except for Sgt. Christopher Pullease — who is charged with grabbing a fellow officer by the throat. Via WSVN.com:

The video shows a man being walked to a patrol car while being arrested for aggravated battery at a convenience store. Sgt. Pullease is about to use pepper spray on a handcuffed suspect.

Suddenly, an officer races towards the sergeant and pulls him by the belt with both hands away from the car. Pullease, pepper spray still in one hand, grabs the officer with the other and pushes her against a patrol car.

Chief Rosa: “The initial contact between the sergeant and the officer was his hand against her throat.”

Watch again, from both camera angles. It’s quick, but the sergeant’s hand is at her neck before moving to her shoulder. Seconds later, he walks back to the car with the cuffed suspect, opens the door and closes it before pointing at the officer and saying something.

Chief Rosa says the young officer did the right thing.

Chief Rosa: “So I’m very proud of this police officer. She took some definitive action. I can only imagine what she must be feeling. She’s a newer officer, and he’s a very senior sergeant.”

If there’s one lesson cops should have learned from the George Floyd verdicts, it’s that looking the other way is just as legally risky as being the one doing the brutality. Florida has a new state law requiring departments train officers on their “duty to intervene” if they witness another officer using excessive force.

Glenn Youngkin Admits CRT Not ‘Being Taught’ In Virginia Schools