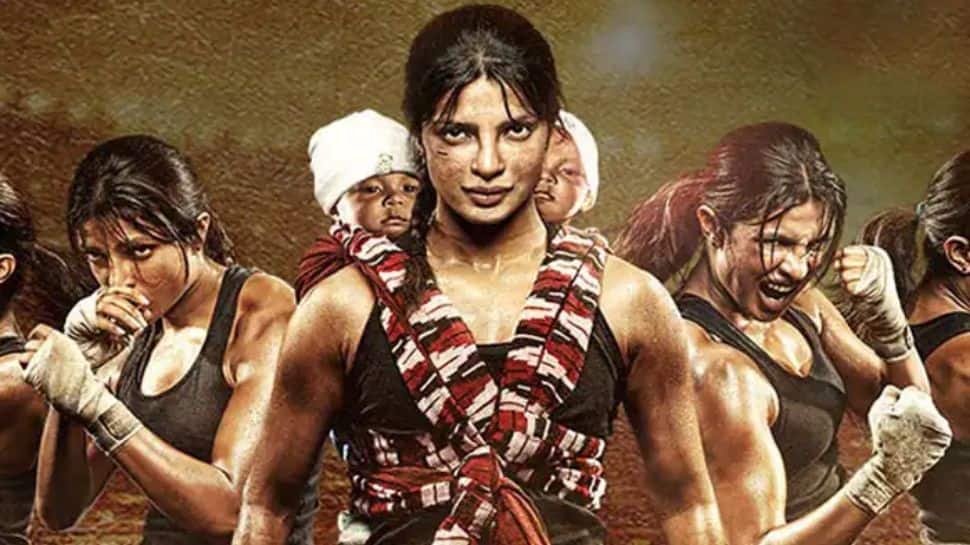 New Delhi: Priyanka Chopra invited a lot of praise after she played renowned boxer Mary Kom in 2014. However, she had also gotten a lot of criticism for playing the role as critics felt the role should’ve gone to a Northeastern actor.

In a recent interview, Priyanka agreed that the role should’ve probably gone to someone from the northeast as she and Mary Kom didn’t physically look alike. However, Priyanka said that she was ‘greedy’ to tell Mary Kom’s story as she was so inspirational.

Talking about the same, Priyanka told Vanity Fair, “When I played Mary Kom, I was very sceptical taking it on in the beginning because she was a living, breathing icon and she made place for so many female athletes. Plus, I look nothing like her. She comes from the northeast of India and I am from northern India and we physically didn’t look alike.”

She further said, “In hindsight, the part should have probably gone to someone from the northeast. But I was just greedy as an actor to get a chance to tell her story, because she inspired me so much, as a woman, as an Indian woman, as an athlete. When the filmmakers insisted I do it, I was just like, ‘You know what? I’m going to do it.’”

Priyanka Chopra was last seen in Keanu Reeves and Carrie-Anne Moss starrer ‘The Matrix Resurrections ‘, where she played the role of Sati.

She will be next seen in thriller web series ‘Citadel’ and rom-com film ‘Text For You’ among others.

PeeCee is also expected to return to Bollywood with Farhan Akhtar’s ‘Jee Ley Zaraa’ that stars her along with Alia Bhatt and Katrina Kaif.