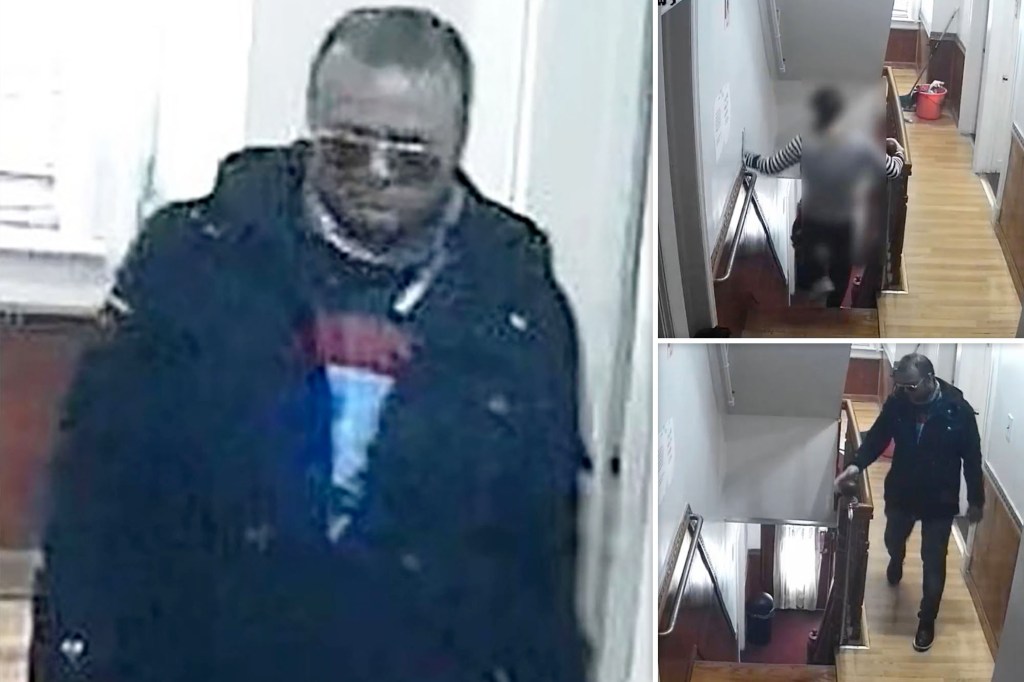 A Queens hotel guest pleasured himself in front of a housekeeper and threatened her with a gun late last month, cops said early Thursday.

The man was seen in a surveillance video released Thursday running down a flight of stairs after exposing himself to a 46-year-old housekeeper at the Elmhurst Lodge in Elmhurst on Dec. 29, authorities said.

The woman had entered the man’s room around 1:15 p.m. and told him that she was going to clean, authorities said.

The man stepped out of the room but remained in the doorway as he watched the housekeeper clean, cops said.

Fearing for her safety, the victim ran past the suspect and out of the room. She was not hurt, cops said.

Investigators are still looking for the suspect, who has short black hair and a medium build, cops said.