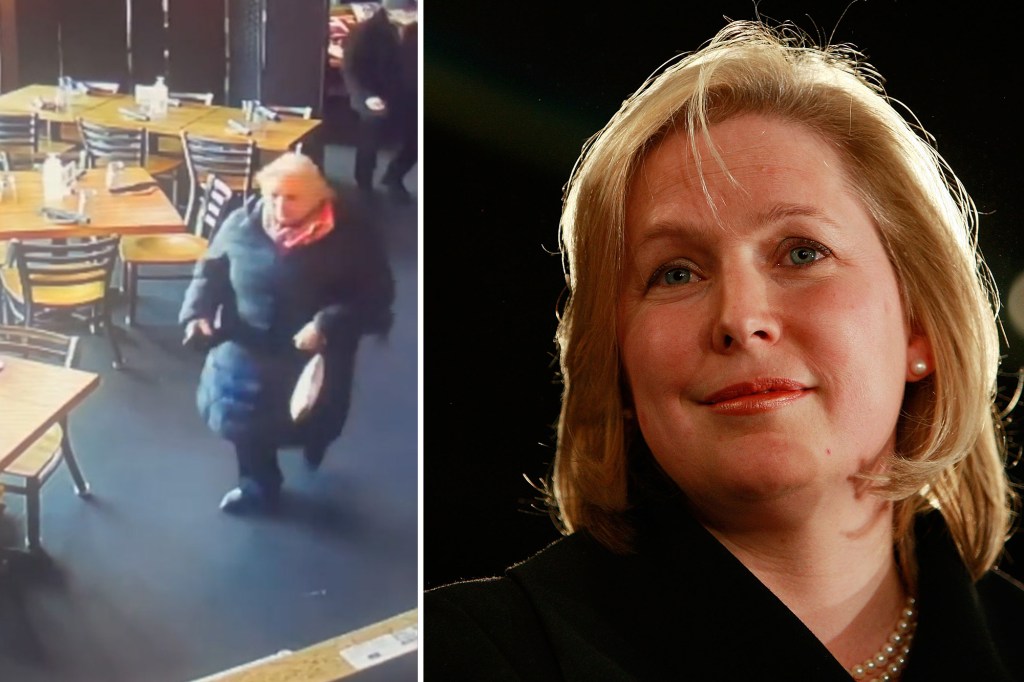 Sen. Kirsten Gillibrand strolled into an upstate eatery maskless, in violation of a statewide mandate, according to video footage posted by the irate restaurateur.

John La Posta, manager of the Innovo gastropub in Latham, said Gillibrand blew past a large sign reading “masks required to enter,” and that his own staff didn’t even have time to ask her to put one on as she quickly brushed past them toward the tables.

The incident was captured on surveillance footage, which shows the hurried senator in a pink scarf, wearing a long winter coat and clutching a small purse. A disgusted La Posta later posted the video to Instagram.

“Gillibrand is part of the system that put the mask mandate in place. She thinks she’s above the law,” La Posta told The Post.

“Enough is enough! You are supposed to be setting an example. What are you thinking, senator?!” his post said, adding he believes Gillibrand owes his staff an apology.

“It’s hypocritical to me. The arrogance is just breathtaking. Our politicians should be with us, not against us,” he said.

In December fellow Dem Gov. Hochul announced that indoor masking would be required “in all indoor public places unless businesses or venues implement a vaccine requirement”

Noncompliance can bring a $1,000 fine. Albany county has created an online portal specifically to allow citizens to report violations of the indoor mask mandate.

La Posta said the senator’s behavior will make it harder for him to enforce the state’s mask edict going forward.

“People will say, `If Gillibrand is not wearing a mask, why should I wear a mask,”

Gillibrand said she wouldn’t do it again.

“We all need to do our part to help stop the spread of Omicron and that means following state and local guidance. That includes me and I will do better going forward,” the senator said in a statement.

RSV vs. COVID: Here’s how you can tell the difference

What Could Possibly Go Wrong? The IRS Will Soon Require a Face Scan to Access Your Tax Records