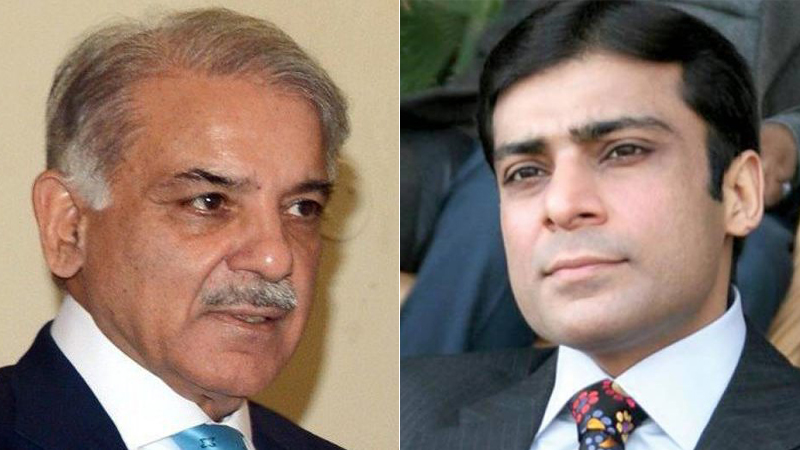 National Assembly Opposition Leader Shehbaz Sharif and his son Hamza Shehbaz has been granted one-week protective bails in Lahore, in a case pertaining to money laundering worth Rs25 billion which is being probed by the Federal Investigation Agency (FIA).

However, the court returned a challan submitted by the FIA in the said case, saying the matter does not fall in the jurisdiction of this case. The decision was made in connection to the request of the FIA wherein it had asked the court to transfer this case to a relevant court. The FIA made this request after it emerged that the bankers were not part of the money laundering case.

The judge after granting pre-arrest bails, asked Shehbaz and his son to approach the relevant court for fresh bail pleas as the case was being transferred at the request of the FIA.

Amjad Pervez stated in the bail application that the FIA’s version has nothing to do with reality. The accused have been booked in the case as the government wanted to “humiliate” them. The allegations levelled on them by the concerned quarters are quite false and incorrect, the lawyer added.

He further requested the court to grant bail to the duo as he criticised the FIA for lack of progress in the investigation. He said initially the FIA had sought time to complete the investigation and then it turned the accused into witnesses.

According to the bail plea, the FIA issued the accused a notice on June 22 to join the investigation even though the NAB had already carried out an investigation over the same allegations.

The accused wanted to appear before the investigation team but they feared being arrested as in the past when they had been summoned in a different case but arrested over another matter, the plea said, asking the court to approve the bail plea.

Where to Find and Collect Concert Coins in Fortnite