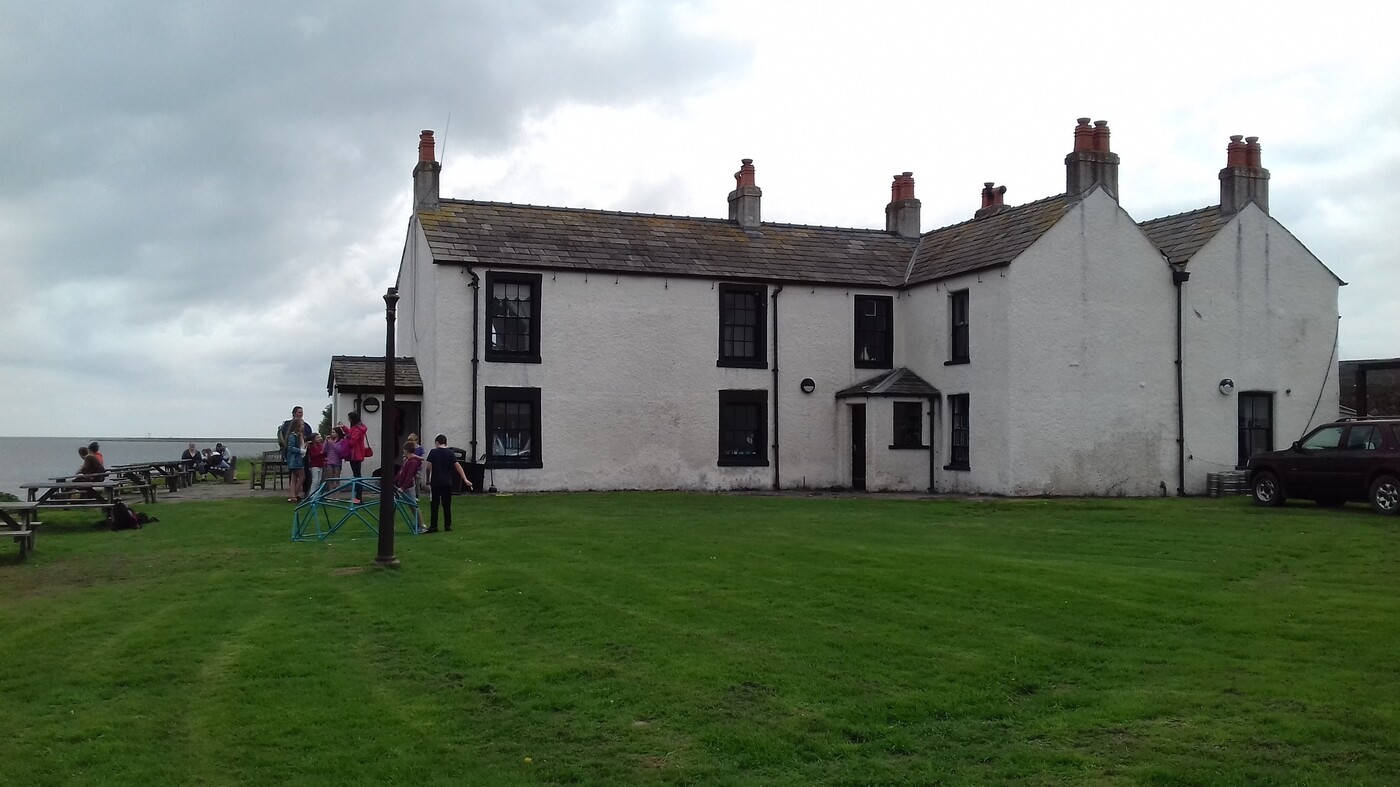 The Barrow-in-Furness Borough Council is looking for the next landlord of Piel Island, about half a mile off England’s northwestern coast. One of their main responsibilities will be running a centuries-old pub called The Ship Inn.

The Barrow-in-Furness Borough Council is looking for the next landlord of Piel Island, about half a mile off England’s northwestern coast. One of their main responsibilities will be running a centuries-old pub called The Ship Inn.


In the era of the Great Resignation, one particular job posting is getting a lot of attention online.

The Barrow-in-Furness Borough Council is looking for the next landlord of Piel Island, a scenic, 50-acre landmass half a mile off England’s northwestern coast that is home to wildlife, castle ruins and a centuries-old pub. The local government is hoping to award the 10-year lease to one lucky applicant by the time the 2022 season starts in April.

The landlord will primarily be responsible for running the beloved pub The Ship Inn, as well as maintaining other parts of the island such as its small campsite, according to last week’s posting.

“The successful applicant will need to be dedicated to their role on Piel — an absolute jewel in the borough’s crown — while taking care of the many people who visit the pub each year,” said Councillor Ann Thomson. “While there are periods when the pub and the island is bustling with people, there will be periods of quiet too — something the successful applicant will need to embrace.”

That’s according to the tradition of the king and knights of Piel, as the government explains.

“The tradition holds that each new landlord is crowned ‘King of Piel’ in a ceremony of uncertain origin, in which they sit in an ancient chair, wearing a helmet and holding a sword while alcohol is poured over their head,” it writes. “By the 19th Century it had become an important aspect of the islands history to such an extent that responsibility for looking after the helmet and chair fell within the tenancy agreement.”

Visitors can see the island for themselves by taking a 12-person ferry that runs from Roa Island between April and September. It’s also possible to walk across the sand with a local guide during periods of low tide and good weather.

The tourist appeal comes largely from the island’s castle ruins and natural environment. It has a long and fascinating history, with evidence of human occupation spanning some 3,000 years.

The island was given to the Savignac monks in 1127 as part of their original land for the construction of an abbey. It was a key player in the smuggling business in the 14th century and became known for its contributions to shipping, industry and customs collection after that. The entire island was given to the town of Barrow-in-Furness in 1920 as a memorial to those killed in World War I.

The ruins of the 14th century fortress are managed by English Heritage, which says the keep, inner and outer baileys and towered curtain walls of the former castle — which was built to guard against Pirates and Scots raiders — are still standing.

The Ship Inn, which provides the island’s food and drink, is said to be more than 300 years old. It became especially popular with boaters in the late 19th century (sometimes too popular, as it was blamed for drunken accidents on at least one occassion).

As the coronavirus pandemic raged and the island’s previous leaseholders quit, supporters rallied to save the pub with a petition.

In the job posting, Thomson thanked council staff who helped prepare the pub and island for reopening in 2021 “in a very short space of time,” and the Piel Island Pub Company for stepping in to make sure the pub could reopen as soon as possible after the pandemic.

The island is due for a number of improvements starting in the coming season, she said, such as replacing the existing bathrooms and considering alternative energy sources.

“We look forward to the doors of The Ship Inn reopening again for 2022 and the bright future it has ahead of it,” she added.

This story originally appeared on the Morning Edition live blog.