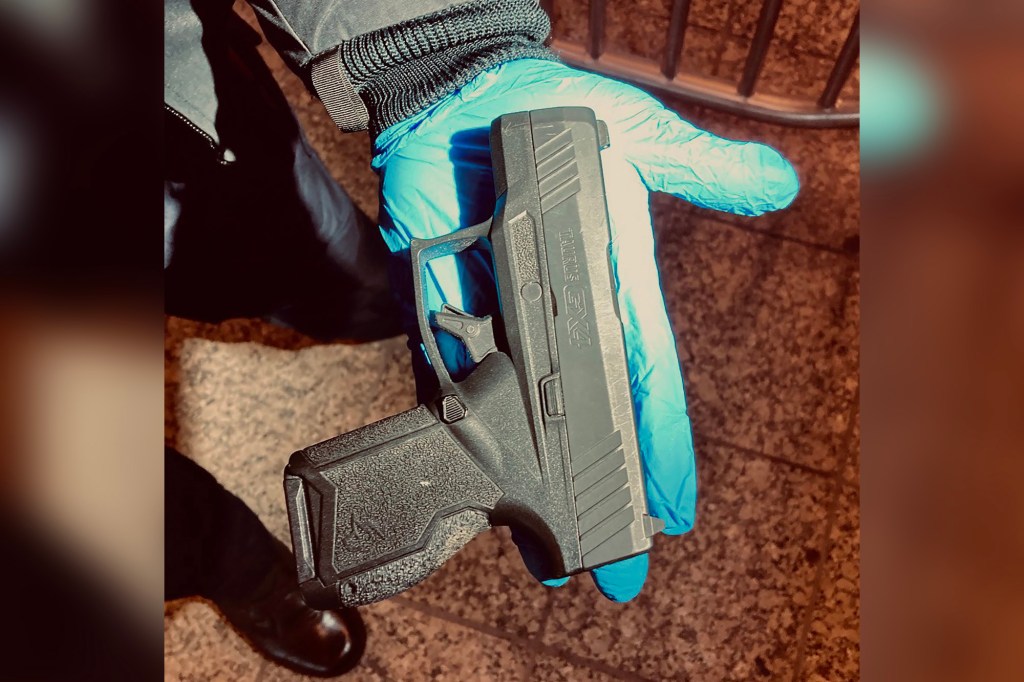 A 17-year-old boy was arrested with a loaded gun in the Times Square subway station on Wednesday, cops said.

The teen was caught when another straphanger reported spotting someone with a gun on the northbound 2 train platform around 2:50 p.m., authorities said.

He was involved in a dispute as he held the weapon, NYPD News tweeted.

Cops in the station approached him and took him into custody on scene, police said.

He was charged with criminal possession of a weapon and disorderly conduct, cops said.

“Right place, right time!” the NYPD tweet said. “Today, @NYPDTransit officers were strategically deployed to patrol the platform at the Times Square subway station. They were alerted by a straphanger that a 17-year-old was having a dispute while holding a gun & quickly arrested him.”

The teen was one of three suspects nabbed on weapons possession charges in Midtown Wednesday.

Daquan Smith, 25, was arrested hours later after police found he had a 9mm handgun on him while busting him for drugs at 34th Street and 8th Avenue, officials said.