The Case of Clive Wearing, A Man With Dual Amnesia Who Lives His Life Seven Seconds at a Time 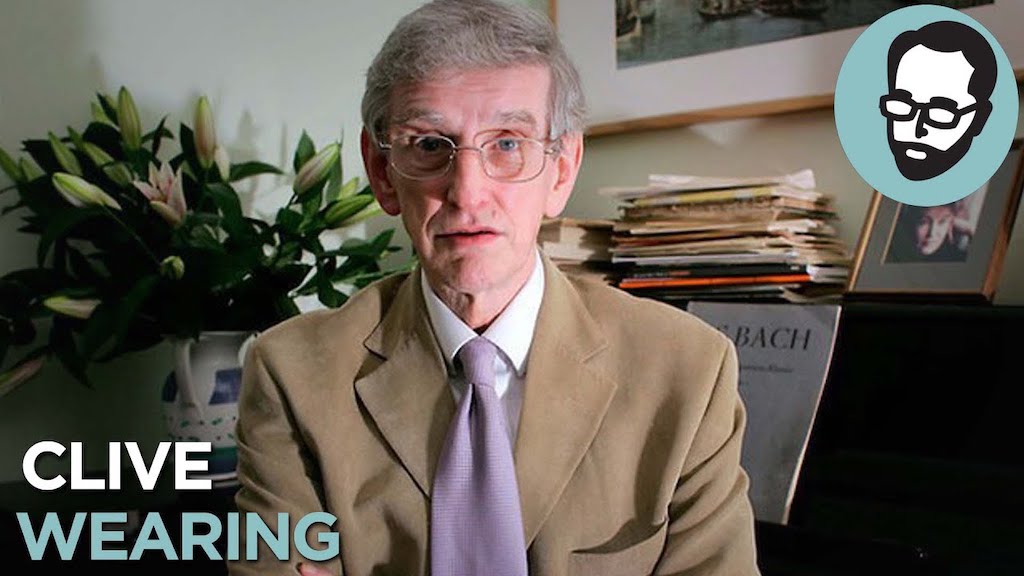 Joe Scott of Answers With Joe takes an empathetic deep look into Clive Wearing, a renowned musicologist who now can only live his life seven seconds at a time.

Clive Wearing lives life 7 seconds at a time. That’s because he has both retrograde and anterograde amnesia, which means he has no ability to form new memories and remembers nothing of his life before.

Wearing developed both anterograde and retrograde amnesia in 1985 due to a simple case of herpes that crossed the blood-brain barrier. What this means for Wearing is that he can neither remember the past nor make new memories. This is due to the damage the virus caused to his hippocampus, the part of the brain that transfers memories from short to long term.

Wearing cannot remember his childhood or his children from a previous marriage. Whenever he sees his wife, he greets her as if they’ve been apart for a very long time. Wearing has compared his blotted memory to waking up from a coma. Yet, somehow, Wearing instinctually remembers how to play music and how much he loves his wife.

Wearing talked about his condition in the 2005 Jane Treays film The Man With the 7 Second Memory.

Wearing: You’re the first human beings I’ve seen, the three of you. Two men and one lady. The first … people I’ve seen since I’ve been ill. No difference between day and night. No thoughts at all. No dreams. Day and night, the same – blank.

Interviewer: Is it very hard?

Wearing: No, It’s exactly the same as being dead, which is not difficult, is it? To be dead is easy. You don’t do anything at all. You can’t do anything when you are dead. It’s been the same.

Interviewer: Do you miss your old life?

Interviewer: When you miss your old life, you say “Yes, I miss my old life”, what do you miss?

Wearing: The fact that I was a musician. And in love.

Here’s the full documentary from 2005.

Aesthetica Magazine – A Lens for Celebration