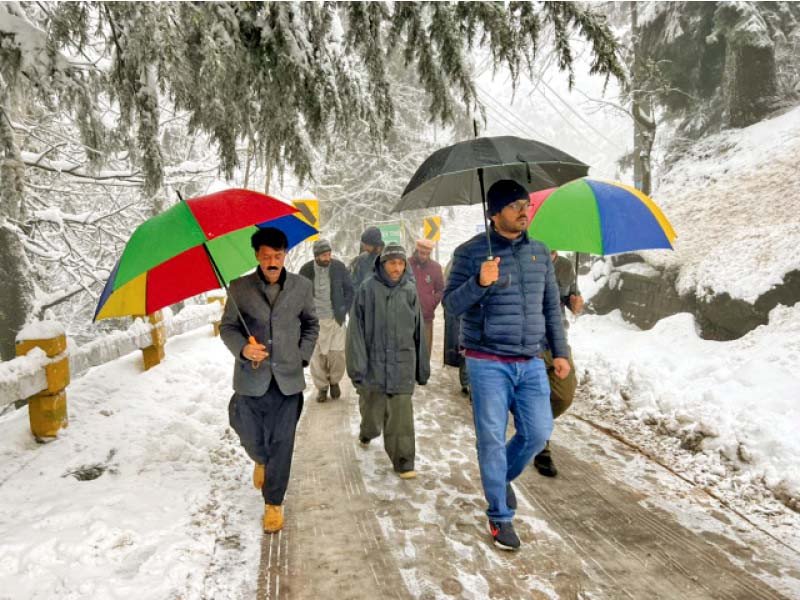 RAWALPINDI: A week after the Murree blizzard tragedy that claimed 23 lives, the district administration on Saturday lifted a ban on tourists’ entry into the hill station.

According to a notification issued by the District Disaster Management Authority, up to 8,000 vehicles will be allowed to enter into the Murree from all entry points for a limited time and under normal weather conditions.

It said no entry will be allowed between 5pm and 5am except for emergency services and vehicles carrying food items and fuel.

However, the restrictions will not be applicable to the residents of Murree, Azad Jammu and Kashmir (AJK) and officials including Pakistan Army vehicles.

The chief traffic police officer of Rawalpindi will also devise a system to ensure that the traffic does not exceed the prescribed limit and provide timely information about the number of vehicles to the authorities concerned.

“XEN Mechanical Machinery and Chief Traffic Police Office shall have effective coordination with Pakistan Meteorological Department to set up, maintain, review and upgrade mechanism for early warning to regulate traffic,” read the communiqué.

It further said that the police personnel will be deployed for accurate count of incoming/outgoing vehicles and maintain a database of the net traffic count.

Last week, the nation was left stunned when the news of 23 deaths owing to a deadly blizzard in Murree hit the mainstream and social media.

The deaths of the tourists, including women and children who had flocked to the scenic spot to witness the snowfall, were nothing short of the tragedy.

The visitors ‘froze to death’ in their vehicles, amidst tonnes of snow in the surroundings as a snowstorm gripped the valley.

Before Afghanistan: The Somalia Debacle (Part One)