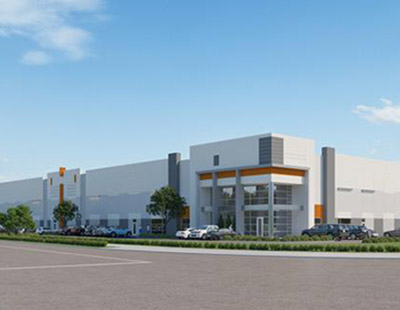 Trinity Capital Advisors and Clarion Partners LLC have joined forces to deliver 1 million square feet of industrial space to the metropolitan Charlotte market. Together, the partners will develop Edgewood85 Commerce Park, a four-building speculative project that will sprout up in Bessemer City, N.C.

The demand for the project already exists. “Nationwide industrial demand continues to be robust and outpace supply,” Walker Collier, partner at Trinity Capital Advisors, told Commercial Property Executive. “and that trend is amplified in high-growth Southeastern markets such as Charlotte, which boasts a talented and dynamic labor pool, direct access to regional & national transportation thoroughfares, and a great regional infrastructure network.”

Sited along Edgewood Road, roughly 20 miles from Charlotte Douglas International Airport and 30 miles west of downtown Charlotte, Edgewood85 will occupy approximately 120 acres of land consisting of several parcels that Trinity and Clarion acquired in December 2021 for $6 million, according to Gaston County property records. The park, providing convenient access to Interstate 85, will feature four cross-dock and rear-load buildings as small as 135,000 square feet and as large as 395,000 square feet.

Trinity Capital and Clarion will commence development of a 395,000-square-foot building and a 225,000-square-foot structure in the spring of this year. The partners have tapped the team of Jordan Quinn and Spencer Yorke with JLL to oversee leasing responsibilities at Edgewood85.

With news of the impending development of Edgewood85, Trinity Capital has announced plans for a total of three speculative industrial projects accounting for an aggregate of more than 2 million square feet in metropolitan Charlotte within the last six months. The real estate company recently broke ground on the 880,000-square-foot Delta Industrial Park in Gastonia and revealed that work would get underway on Interchange Logistics Center, a 225,000-square-foot industrial facility in Huntersville, in the first quarter of 2022.

Trinity Capital isn’t building for the sake of building. The company believes the industrial market dictates a great need for additional space. “Demand continues to increase as tenants’ desire to store more materials domestically rather than rely on the global supply chain, as consumers require shorter delivery timelines, and as e-commerce sales continue to increase as a percentage of all retail sales, and we anticipate those trends continuing,” Collier said.

Fourth quarter results in the Greater Charlotte area support Trinity Capital’s assertions. Supply across all size segments remains tight as construction delays endure, according to a fourth quarter report by JLL. And as under-construction square footage reached a record high in the metro’s outlying counties, the overall market displayed strong growth indicators, including an increase in the direct asking rate.

Trinity Capital and Clarion plan to complete construction of Edgewood85’s first two buildings, which will comprise a total of 618,000 square feet, in the second quarter of 2023.

Wheaton horse farm could be bought by county officials

6 Common Mistakes with Hydration and How to Avoid Them