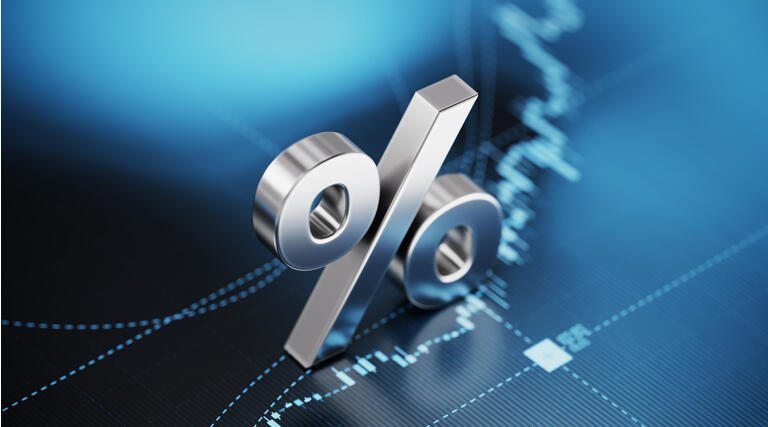 It’s been a turbulent start to the year in the markets and that’s unlikely to change as we move into earnings season. Fear of high inflation and accelerated monetary tightening is driving much of the volatility that we’re seeing in financial markets over the last couple of weeks and that’s unlikely to abate any time soon, with peak inflation still probably ahead of us.

Earnings season could go some way to easing the nerves in the coming weeks as we get a reminder that the economy is still in a strong position despite the challenges it’s facing.

But even this comes with an element of uncertainty given that omicron hit in late November which will undoubtedly have had an impact. Of course, as we’ve seen the last two years, there are also winners when consumers stay at home and restrictions are imposed.

Ultimately though, central banks remain at the top of the list for investors right now and next week offers a selection of meetings, minutes, and speakers that will surely attract a lot of attention.

It’s hard to look past the CBRT on Thursday as being one of the highlights next week. After an aggressive easing cycle that’s come at a huge cost, will the central bank finally slam on the brakes?

The upcoming week is busy with economic data and earnings results. Goldman Sachs (GS), Bank of America (BAC), and Morgan Stanley (MS) will close out earnings for the big banks, while Procter & Gamble (PG) may give a better look at how much further price increases the consumer may have to expect.

On Tuesday, the Empire Manufacturing Index should show activity cooled in January. Wednesday is all about housing activity that might show both building permits and housing starts edged down.

On Thursday, initial jobless claims are expected to resume declining, while the Philadelphia business outlook is anticipated to improve, and Existing home sales may show a small decline.

The blackout dates are in effect for the Fed, so it will be quiet until the January 26th FOMC meeting. With financial markets pricing in over a 90% chance that the Fed will raise rates in March, Treasury yields appear to be forming a range just below the 1.80% level.

With the ECB being among the minority of central banks still singing from the transitory hymn sheet, the focus next week will be on the ECB accounts from December, comments from policymakers including President Christine Lagarde on Monday, and the final inflation numbers for December. At 5%, inflation is uncomfortably high and the central bank may soon finally buckle like the rest if pressures don’t soon ease.

The data dump week for the UK, with labour market, inflation, and retail sales all being released. But Wednesday is undoubtedly the standout, with Governor Bailey due to speak hours after the CPI release which could make for some interesting comments. Three or four rate hikes are expected this year so expectations are quite hawkish but as we’ve seen recently, there is a growing fear that more will be warranted.

No major data or economic events next week so the focus will remain on the various geopolitical risks that Russia has found itself at the centre of. A possible invasion of Ukraine is very much top of the list, with the week of intense talks between the US and Russia seemingly failing to lead to any breakthrough.

Russia is also intrinsically linked to the energy crisis in Europe which is intensifying as more outages in French reactors put further pressure on limited reserves.

Inflation data next week is expected to show price pressures increasing, with the CPI rising to 5.7% which will increase calls for more rate hikes from the SARB.

A rare period of relative stability for the lira which is unlikely to last, as the CBRT meets next week. Can the central bank resist the urge to cut again or are more sharp losses on the horizon? Not cutting could provide some support for the lira as it may signal an end, for now, of the easing cycle.

China releases fourth quarter GDP and Retail Sales on Monday. The markets are braced for a downturn in growth, with a consensus of 3.5%, down from the gain of 4.9% in Q3. This would mark the weakest GDP report since Q2 2020.

Retail Sales are forecast at 3.8% y/y in December, down from 3.9% beforehand. The government has enacted a zero-Covid strategy, which has restricted travel and dining out. Slow income growth is also hurting consumers and has put a dampener on consumer spending.

China’s property sector remains in deep crisis, with no signs of any improvement on the horizon. Evergrande (OTCPK:EGRNF) and other developers owe billions and investment growth and household loans have decreased. The government has eased restrictions on real estate funding but these measures have so far proven ineffective.

China house price index is released on Saturday which could put a dampener on the open if it’s particularly bad news. The previous release showed 3% growth though and it’s widely regarded as low impact data.

Also on Monday, ahead of the GDP release, the PBOC will decide whether to maintain the MLF rate at 2.95%.

No major economic data or events next week.

Australia releases key employment data for December next week. Employment change is expected to slow to 60,000, down from 366,100 in November. The unemployment rate is forecast to ease to 3.5%, down from 3.6%.

It’s a quiet economic calendar next week. On Thursday, New Zealand releases the BusinessNZ Manufacturing PMI for December. The PMI was stagnant in November, with a reading of 50.6 points.

Inflationary pressures in Japan are much lower than those in the UK or the US, but inflation is nonetheless moving higher after years of deflation. The Bank of Japan is expected to maintain its ultra-loose policy at its meeting on Tuesday, but will likely revise up its view of inflation risks for the first time since 2014.

Inflation remains well below the bank’s target of 2%, but the BoJ could look to raise interest rates before it achieves it.

US equity and bond markets are closed for Martin Luther King Jr. holiday

Finance ministers of the Euro region meet in Brussels

BOJ Rate Decision: No change to monetary policy, may adjust its view of inflation risks

US Conf. Board leading index

Editor’s Note: The summary bullets for this article were chosen by Seeking Alpha editors.

Zaamigo tooth-checking device puts an AI camera in your mouth