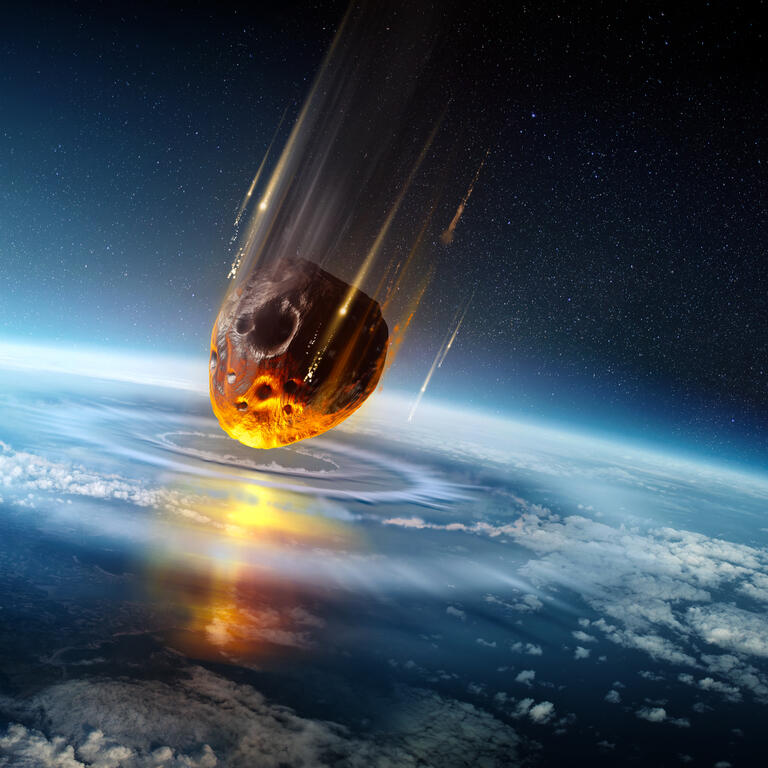 A Note on Methodology

Data is presented in a “just the facts, ma’am” format with a minimum of commentary so that bias is minimized.

Where relevant, I include 12-month highs and lows in the data in parentheses to the right. All data taken from St. Louis FRED unless otherwise linked.

A few items (e.g., Financial Conditions indexes, regional Fed indexes, stock prices, the yield curve) have their own metrics based on long-term studies of their behavior.

Where data is seasonally adjusted, generally it is scored positively if it is within the top 1/3 of that range, negative in the bottom 1/3, and neutral in between. Where it is not seasonally adjusted, and there are seasonal issues, waiting for the YoY change to change sign will lag the turning point. Thus I make use of a convention: data is scored neutral if it is less than 1/2 as positive/negative as at its 12-month extreme.

With long leading indicators, which by definition turn at least 12 months before a turning point in the economy as a whole, there is an additional rule: data is automatically negative if, during an expansion, it has not made a new peak in the past year, with the sole exception that it is scored neutral if it is moving in the right direction and is close to making a new high.

For all series where a graph is available, I have provided a link to where the relevant graph can be found.

Note: I have discontinued comparisons with the “worst” readings since the onset of the coronavirus crisis began over one year ago, as they are no longer helpful. I am continuing to post the best readings during the pandemic in parentheses after the current week’s number.

The arrival of Omicron has changed the picture considerably, with record cases and hospitalizations, but ICU admissions and deaths have not followed suit, which is good news (so far).

After making a 70-year low at the end of 2020, in 2021 corporate bonds remained between the bottom and middle of their 5-year range, and remained near the lower end of that range during the last 6 months – but failed to make a new low in 2021. Therefore their rating has changed to neutral

Treasury bonds yields made an all time low in mid-2020. They increased towards and then fluctuated near the middle of their 5-year range throughout 2021. Similarly, mortgage rates made an all time low during the first week of 2021, and have remained near the bottom of their 5 year range since then. Since as of now neither has made a new low in the past year, their ratings have changed from positive to neutral. Additionally, should mortgage rates rise to a level more than 1% higher than 1 year ago, that is usually enough to put downward pressure on the housing market.

The spread between corporate bonds and Treasuries remains positive, as do two of the three measures of the yield curve remain very positive, while the Fed funds vs. 2-year spread is neutral. In the past 5 months, 2-year Treasuries have increased roughly 0.60% in yields, causing the 10 year minus 2 year spread to compress, but it still remains positive. I will pay more attention to this in 2022, as the bond market anticipates Fed tightening.

Mortgage applications (from the Mortgage Bankers Association) (no report this week)

Real Estate Loans (from the FRB)

Early in 2021 purchase mortgage applications declined to 2 year lows due to higher interest rates (and probably housing unaffordability as well). All measures are within the middle 1/3rd of their 52 week range, and mortgage rates have failed to make a new low in the past 12 months, so the rating has changed to neutral. Refi is at 24 month lows, so they remain negative.

From 2018 until late in 2020 real estate loans with few brief exceptions stayed positive. Earlier last year they varied between neutral and negative, but for the past several months have been positive.

The Federal Reserve has discontinued this weekly series. Data is now only released monthly. November data was released two weeks ago:

FactSet estimates earnings, which are replaced by actual earnings as they are reported, and are updated weekly. The “neutral” band is +/-3%. I also average the previous two quarters together, until at least 100 companies have actually reported.

Q3 earnings came in well ahead of estimates, but are less than 3% above Q2, while Q4 estimates are negative. The average is -1.35%, and so is in the neutral range.

Credit conditions (from the Chicago Fed) (graph at link)

The Chicago Fed’s Adjusted Index’s real break-even point is roughly -0.25. In the leverage index, a negative number is good, a positive poor. The historical breakeven point has been -0.5 for the unadjusted Index. Both the adjusted and un-adjusted indexes have been positive ever since mid-2020. Leverage recently has been close enough to zero now as to have changed from positive to neutral. If it declines below -0.25, it will change back to a positive.

The Miller Score is designed to look 52 weeks ahead for whether or not a recession is possible. Any score over 500 means no recession. With this number having fallen below that threshold several months ago, this metric is negative.

Since April 2020 both industrial metals and the broader commodities indexes rebounded sharply. Both total and industrial commodities are extremely positive, with a recent downturn in the indexes having reversed higher.

There have been repeated all time highs, including two weeks ago, so this metric is positive.

(*indicates report this week) (no reports this week)

The regional average is more volatile than the ISM manufacturing index, but usually correctly forecasts its month-over-month direction. These have usually been extremely positive ever since June 2020.

Tax Withholding (from the Dept. of the Treasury)

YoY comparisons turned positive in the beginning of 2021, and have remained that way – usually very strongly so – almost every week since. Beginning in two months, these should be normally reliable again.

Oil prices and usage (from the E.I.A.)

Both gas and oil prices remain firm negatives, although both have backed off recent 6 year+ highs. As to gas usage, for the next several months both 2020 and 2019 comparisons will continue to be useful.

TED was above 0.50 before both the 2001 and 2008 recessions. Since early 2019 the TED spread has remained positive, except the worst of the coronavirus downturn. Both TED and LIBOR declined precipitously, and although both have risen somewhat in the past several months, both are still positive.

In the 5 years before the onset of the pandemic, this Index varied between +.67 and roughly +3.00. Just after the Great Recession, its best comparison was +4.63. The big positive numbers last year were in comparison to the pandemic shutdown of March and April 2020. Since it has now declined to less than half its best YoY level, i.e., below 6.15, it changes to a neutral.

The comparison year for this metric is 2019 and not 2020. Compared with the depths of the pandemic, in 2021 reservations rebounded to neutral, then positive for a number of months, before declining back to neutral – and negative for several weeks recently. Two weeks ago it plummeted to an 8 month low, as Omicron apparently finally hit; and it worsened this week.

This was the very first weekly indicator to signal collapse when COVID and the ensuing lockdowns started in March 2020. Note I am now measuring its 7 day average to avoid daily whipsaws.

In April 2020 the bottom fell out in the Redbook index. It has remained positive almost without exception since the beginning of this year. There was never any perceptible change at all due to the Delta wave – and none so far due to Omicron.

Railroads (from the AAR)

Rail carloads turned positive early in 2021. Intermodal, reflecting trans-ocean shipping concerns, had generally been positive for several months, before turning back negative. After being generally positive for about 4 months, total traffic has also turned back negative. With the exception of July and August, in which it was better, total rail traffic has been roughly even compared with 2019’s pre-pandemic levels for the same week. This week it was over 10% lower than 2019, almost certainly due to seasonality concerning New Year’s week. If it continues negative next week, I will change the rating.

Earlier in 2021 Harpex repeatedly rose to new multiyear highs, before leveling off in October. It declined from that peak, but in the past few weeks has increased slightly again. Meanwhile, BDI traced a similar trajectory, repeatedly making new multi-year highs. But seven weeks ago it peaked, and fell over 50% since then, largely stabilizing at roughly that level.

I am wary of reading too much into price indexes like this, since they are heavily influenced by supply (as in, a huge overbuilding of ships in the last decade) as well as demand.

Since the end of March 2021, against terrible comparisons, this metric had been positive, typically running at a double digits higher YoY percentage growth. Because it has fallen by more than half of its best YoY comparison, and is within 5% of 0, I have dropped its rating to neutral.

Below are this week’s spreadsheets of the long leading, short leading, and coincident readings. Check marks indicate the present reading. If there has been a change this week, the prior reading is marked with an X:

The long leading forecast remains weakly positive this week, as interest rates continue neutral. Mortgage rates could turn into a negative if they increase much further. Yields on bonds from 1 year duration out through the intermediate maturities have continued to increase, indicating investors expect the Fed to begin to raise rates, as the Miller score has been suggesting for months. But the yield curve, money supply, and credit provision continue to be very positive.

The short leading forecast remains positive, as the rebound in industrial commodity prices is balanced by the increase in gas and oil prices.

Some of the change in the coincident indicators could reflect seasonality. If so, it will resolve in a week or two.

In the next few weeks, Omicron – and the public reaction to it – will be in control. Employee sicknesses and consumer hesitancy will drive the economic activity to take place. Once Omicron recedes, as most expect by February sometime, the short leading indicators suggest that the underlying economy remains strong for the near future, while a poor showing in real retail sales per capita in monthly data joins a number of other long leading indicators suggesting weakness thereafter.