What to know about Dolphins’ seven coaching candidates they’re interviewing 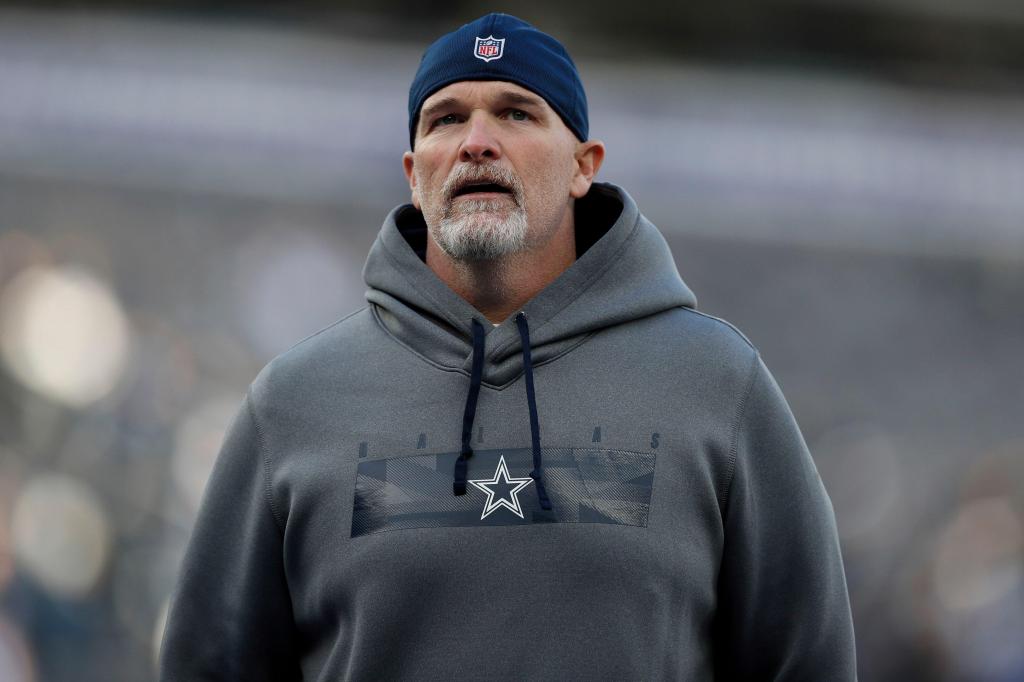 As of Friday afternoon, the Miami Dolphins have seven head coaching candidates they are known to be pursuing interviews for.

The position became vacant on Monday morning, when the Dolphins announced the surprising firing of ex-coach Brian Flores. Flores had just completed back-to-back winning seasons after exceeding expectations in his first year at the helm in Miami, going 5-11 with a roster devoid of NFL-caliber talent. He went 24-25 in three seasons.

Flores, who owner Steve Ross did not feel effectively communicated within the organization, has since been reported as landing an interview with the Chicago Bears for their coaching vacancy and is among names brought up for the Houston Texans’ head role.

Here are the coaches, in alphabetical order, and key things to know about each of the candidates:

Brown is familiar with South Florida as he spent three seasons at the University of Miami as one of Mark Richt’s assistants. He is the latest addition to the list after the Friday news that the Dolphins were requesting an interview with him.

Brown, 35, who was named the Los Angeles Rams’ assistant head coach last offseason, is a former NFL tailback who has spent the past decade working his way up the coaching ranks quickly. While he had a coordinator title at UM, he didn’t call plays for the Hurricanes as Richt handled those duties on his own. Brown also hasn’t called plays at the NFL level.

His coaching career began at the University of Georgia, where the former Bulldogs tailback was the team’s strength and conditioning coach in 2011. He spent the next three seasons at three different colleges — Chattanooga, Marshall and Wisconsin — coaching tailbacks before returning to Georgia in 2015, a season before he joined Richt in Miami as the Hurricanes’ offensive coordinator and running backs coach. Brown left UM to join South Carolina’s coaching staff in 2019, and left the college ranks to join the Rams in 2020.

Daboll has ties to the Dolphins and to quarterback Tua Tagovailoa. He was offensive coordinator in Miami in 2011, Tony Sparano’s final year at the helm. He held the same role, along with quarterbacks coach, for the Alabama Crimson Tide in 2017, Tagovailoa’s freshman season when he was a backup most of the year before relieving starter Jalen Hurts in the title game and leading a comeback against Georgia for an overtime victory.

In his current role with the Bills, he has been instrumental in the development of quarterback Josh Allen. Daboll got to Buffalo in 2018, when the team drafted Allen with the No. 7 pick. Under Daboll, Allen made a huge jump to the Pro Bowl in his third season, 2020, when Daboll also won AP NFL Assistant Coach of the Year.

Daboll’s other coordinator stops are with the Kansas City Chiefs (2012) and Cleveland Browns (2009-10). Like Flores, he is also a member of the Bill Belichick coaching tree. He got his NFL start as a defensive assistant with the New England Patriots in 2000. Between that experience and flipping to wide receivers coach from 2002-06, he was part of the Patriots’ first run of three Super Bowls in four seasons under Belichick. He later returned as tight ends coach in New England from 2013-16, winning two more Super Bowls to bring his total to five. The Bears have also asked to interview Daboll.

If the Dolphins want to go the route of hiring someone who has previous NFL head coaching experience, Frazier is an option. He is the latest to be reported as a Miami target for the vacancy after the Wednesday night news surfaced.

Frazier, 62, was head coach of the Minnesota Vikings from 2011 to 2013, compiling a record of 21-33-1, including playoffs. He was interim head coach for Minnesota to finish the 2010 season and then retained the full-time job. Frazier also was defensive coordinator with the Tampa Bay Buccaneers (2014-15), Vikings (2007-10) and Cincinnati Bengals (2003-04). He was defensive backs coach and assistant head coach to Tony Dungy on the 2006 Super Bowl-winning Indianapolis Colts and also held assistant roles with the Philadelphia Eagles and Baltimore Ravens.

As a player, he also won a Super Bowl with the 1985 Chicago Bears. The defensive back had 20 interceptions in his five-year playing career from 1981-85 that was cut short due to a knee injury suffered in that Super Bowl. Frazier’s defensive schemes have dominated the Dolphins in recent meetings, with Tagovailoa having some of his worst outings against Buffalo. The Bears also requested to interview Frazier.

His one season in Miami was the first of the Adam Gase era and the last time the Dolphins reached the playoffs. Joseph’s defense that year was critical in Miami’s run to the postseason. It landed him the job in Denver, and after his brief tenure with the Broncos, he went back to coaching defense in Arizona.

Before his first NFL coordinator job with the Dolphins, he was defensive backs coach for the Cincinnati Bengals (2014-15), Houston Texans (2011-13) and San Francisco 49ers (2006-10). Joseph played two NFL seasons as a defensive back (1995-96) after playing offense in college at Colorado. The Dolphins are the only known interview request for Joseph.

McDaniel, 38, is one of three candidates under 40 years old. He is a Yale grad who has long ties to San Francisco coach Kyle Shanahan. McDaniel is completing his first season as the 49ers’ offensive coordinator — although Shanahan calls plays — after serving as the team’s run game coordinator since 2017, when Shanahan first got the job in San Francisco. The 49ers’ run game was the strength of their offense when they made a run to the Super Bowl in 2019 and lost to the Kansas City Chiefs at Hard Rock Stadium.

It’s the second straight offseason the Dolphins have pursued McDaniel. He was interviewed for Miami’s opening as offensive coordinator last January, which eventually went to co-coordinators George Godsey and Eric Studesville after Chan Gailey’s departure.

If there’s a coach Tagovailoa could identify most with, it would be Moore, who was the last left-handed quarterback to start in the NFL before Tagovailoa. Moore, 33, was a backup as an undrafted quarterback with the Cowboys and Detroit Lions after a storied career at Boise State, where he went 50-3 from 2008 to 2011.

Quickly after retiring from playing quarterback, Moore got into coaching, first as quarterbacks coach for the Cowboys. After one season in that role, he was promoted to offensive coordinator and play caller beginning in 2019. Even as the Cowboys changed coaches from Jason Garrett to Mike McCarthy, McCarthy retained Moore.

The Dallas offense has elevated itself to No. 1 in points and total yards this season. Cowboys quarterback Dak Prescott has called him a “genius phenom.” Moore, who would become the NFL’s youngest active head coach should he land such a role this offseason, has also been requested by the Jacksonville Jaguars and Denver Broncos.

The candidate with the most coaching experience and most success as a head coach among the interview requests is Quinn, 51. He was at the helm for the Falcons from 2015 to 2020 and the leader of the franchise when it blew the 28-3 lead in the Super Bowl to the Patriots with Shanahan and McDaniel on the staff. He has a 46-44 record, including playoffs, as a head coach.

Coordinating the Cowboys defense this season, Quinn was defensive coordinator of the imposing “Legion of Boom” Seattle Seahawks defenses in 2013 and 2014, winning one Super Bowl against the Denver Broncos and losing in the big game the next year to New England. While there is much to like about Quinn, he lost to the Patriots twice in the Super Bowl — one in historic fashion — after the Dolphins just fired a coach who had the Patriots’ number, going 4-2 against the division rival in three years in Miami.